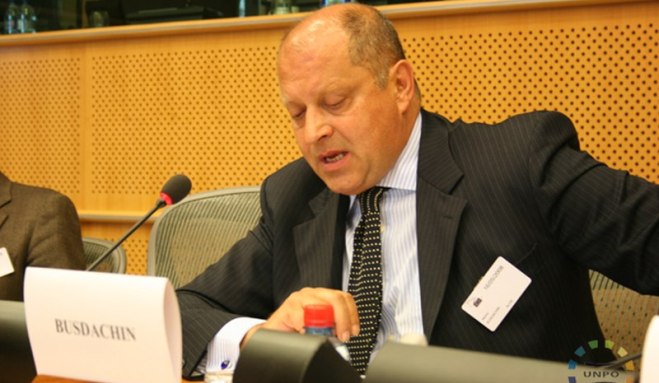 Paper read at the conference “Independence of Abkhazia and Prospects for the Caucasus” organized by the Friends of Abkhazia Civil Initiative. Istanbul, Bilgi University, 30-31 May 2009.

It takes a long time before major issues are considered in the international forum, and this has been the case for self-determination, the rights of territorial integrity and state sovereignty.

There have been exceptions since 1945, most notably the process of decolonization. This represents, however, more a kind of fig leaf covering colonialism. The process of decolonization resulted in a new basis for state recognition, but recognitions followed former colonial borders, not national or ethnic identities -- the principle of uti possidetis. This is a fabricated, non-ethnic form of self-determination. Even the dissolution of the Soviet Union and Yugoslavia in the early 1990s and the recognition of a large number of new states failed to establish a coherent doctrine of recognition.

To cut a long story short we need go no further that the matter of interest today: the question of Abkhazia in the international context.

It must first be acknowledged that very little is known about Abkhazia and its situation from the early 1990s onwards. This has not helped encourage support for the claims of the Abkhazian government. Abkhazia is currently in a group of de facto states, which includes Taiwan, Nagorno-Karabagh, Transdniestria, Somaliland, South Ossetia, Northern Cyprus and partially Kosovo. All these states are waiting to pass from de facto states to de jure states, from real existence to formal existence, from the status of an unrepresented nation to the status of a represented nation.

De facto states tend to be ethnically defined and born out of violence - the image that dominates the media, foreign ministries and the very limited academic literature is very much a negative one. In many cases they even provoke a stronger reaction. Many argue - and I quote only sentences not names – that de facto states “are predicated on criminal or quasi-criminal organizations, frequently specializing in the production and sale of drugs, as well the illegal traffic in weapons and in the laundering of ‘dirty money’.” Other analysts add human trafficking and the smuggling of radioactive material to this list of security threats. We cannot be surprised that instead of the term “self-determination” being employed and debated, we find the term “separatism” liberally applied instead. Separatism is a buzzword that panders to the global obsession with reactionary media, who in turn frequently associate it with terrorism. Generally de facto states are also considered to be illegal strips of no-man’s land or as the puppet of an external-state, also illegal.

The dominance of these negative images undermines any serious, considered and measured claim for legal recognition. It is not only a question of the integrity of borders, but de facto states are also seen as undesirable entities that lack legitimacy and constitute a security threat. These negative images of de facto states and the outright rejections to their claims for better recognition creates a great reluctance amongst international entities to engage with their leaders.

One de facto state, however, constitutes an exception to the general picture of international isolation: the case of Kosovo. This case is distinctive because of the 1999 NATO intervention and the establishment of an international administration. Indeed, we find that international intervention actually created the de facto state of Kosovo. The international administration greatly diminished Kosovo’s internal sovereignty. And this make it difficult to group Kosovo with the others de facto entities. So, the policies adopted for Kosovo have been followed with extreme interest by other de facto states and have had an impact on their strategies for achieving recognition. Other de facto states have taken note of their experience and have notably tried to alter their negative image; first in the hope that an exception to the principle of territorial integrity can be considered and second in the hope that a new precedent has been set. This has yet happen.

There are currently three de facto states in the Caucasus: South Ossetia, Nagorno-Karabagh, and Abkhazia. These entities have enjoyed de facto independence since the early 1990s, but lack international recognition. These states have also had the time and the political will to be successful in state-building and in democratization.

These de facto states of the Caucasus argue that they have earned their sovereignty by following the Kosovo process to recognition: International recognition of a province against the expressed wishes of the “parent state,” and over the objections of significant international actors like the US and EU, was made conditional on the establishment of a democratic state that guarantees the protection of minority rights. Alas, they have not, and to quote President Bagapsh of Abkhazia, “If the issue of Kosovo is settled, let us say, and not the issue of Abkhazia, that is a policy purely of a double standard.”

Abkhazia, has remained pariah-like in international circles, undergoing harsh trade blockades, refusals of international loans and of international assistance.  That was the case until the relatively recent events that have lead Abkhazia to a new position. First NATO’s policy to enroll Georgia, then later the Georgian military aggression in South Ossetia, and finally the Russian counter-attack have elicited a new debate on fundamental international standards. Russia’s response to the US and EU recognition of Kosovo has been recognition of Abkhazia and South Ossetia. Was this a balanced judgment or an act of retaliation?

The new situation seems to have reached a point of no return.

There are many critics across the world of Russia’s recognition of Abkhazia and South Ossetia. Russia claims this recognition to be a natural progression from the widespread recognition of Kosovo. Russia has also requested debate about whether existing international law should be significantly revised in order to allow for the self-determination of unrecognized states. From this perspective I fully agree with this request and I disagree with those who accuse Russia of having caused a crisis in the field of international law.

Currently Kosovo has been recognized by 45 countries, Taiwan by 18, Abkhazia by 3, Somaliland by none. Unfortunately recognition on a small scale still has little significance. All of these states still remain unrepresented at the UN and in other international institutions. If we realize that five members of the European Union have also refused even to recognize Kosovo, it seems that it will take a very long time to overcome any strong opposition.

This new political game of international retaliation and political strategies has no clear end. In my opinion a kind of moratorium on territorial integrity should be declared. Realistically I do not see there being a major problem if the UN has seven or eight more members to add to the current 193. Especially when considering that at least thirty of them are microstates, lacking economic any independence, such as Andorra, San Marino or Vanuatu Island. What seems more likely, however, is first, a change in EU policy towards the Caucasus that extends EU support to Abkhazia, Nagorno-Karabagh, and South Ossetia, and second, the creation of a new multilateral approach to the matter, perhaps as a result of fresh ideas from the new US Administration.

So, what seems really necessary right now is to increase the general understanding of the complex situations of de facto states and thereby change their negative international image. A few years ago the UNPO embarked on a program that aimed to increase the awareness of de facto states and their legal, economic, and political situations. After two conferences held at the European Parliament with the participation of academics, politicians, and the media, it appears that the right direction has been taken. Thanks to Taiwan, Abkhazia, and Somaliland, the UNPO has been able to re-launch the matter of self-determination as a significant issue on the international political agenda.

Much more remains to be done, and with better human and financial resources, as well with the involvement of all of the de facto states much more can be done.  Above all, democracy, the protection of minorities, good governance and transparency are the key binding issues. When adhered to, these values will put us in a good position to change the perception of de facto states and achieve greater understanding of the hopes and dreams of their populations, who remain largely voiceless in the debates surrounding their future.