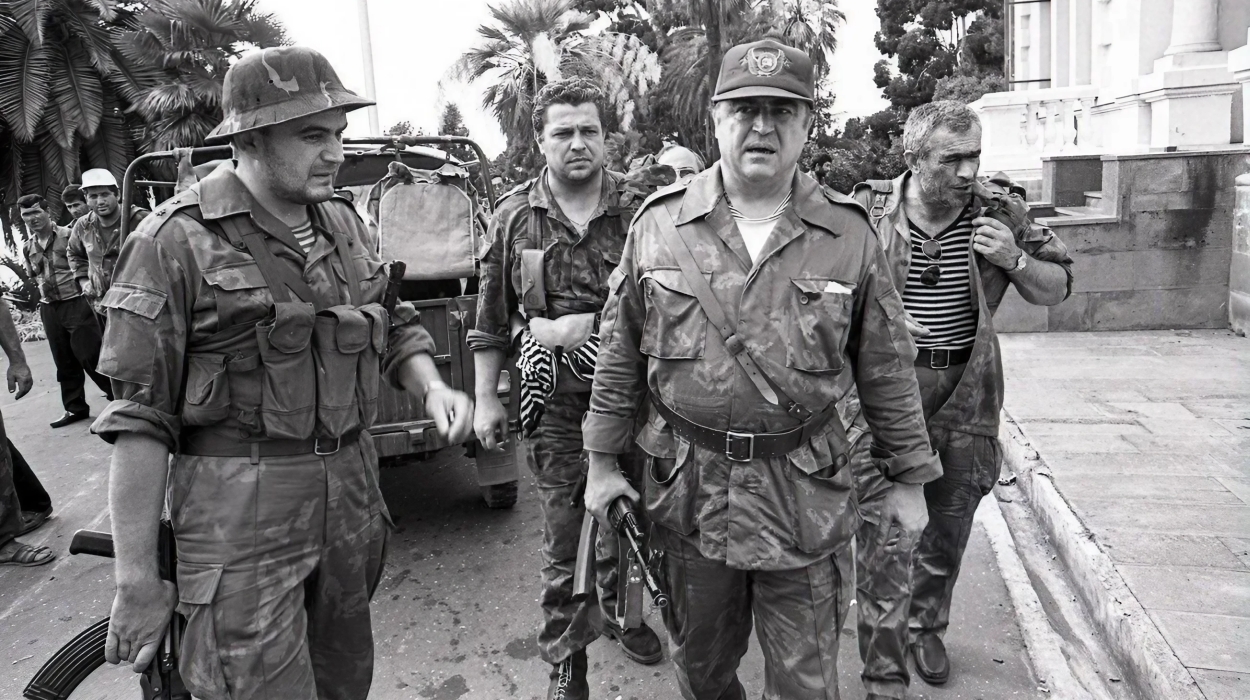 from the interview with Tengiz Kitovani - Tbilisi ['Sakartvelos Respublika' in Georgian] 29 March 1994 pp. 3-4. 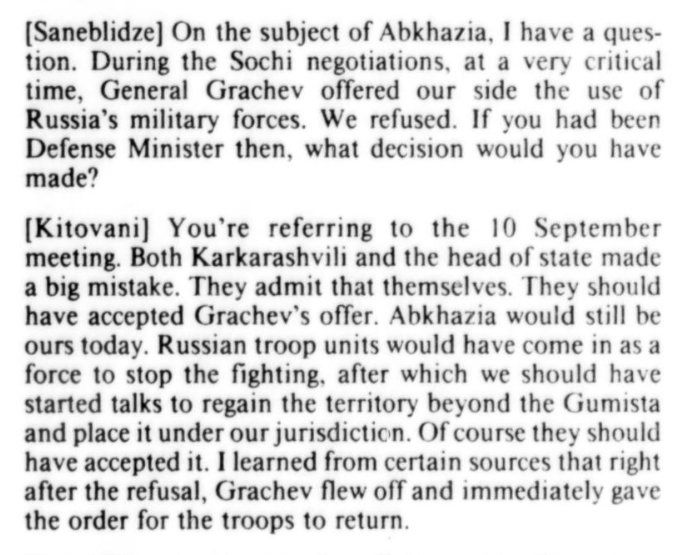 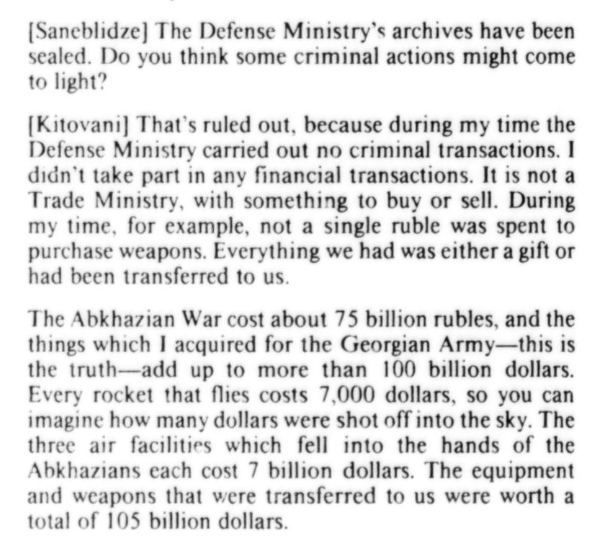 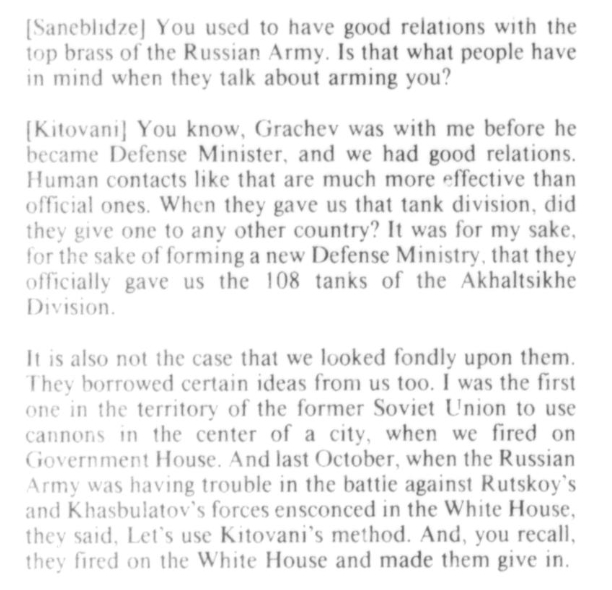 Abkhazian war-time cartoon depicting Boris Yeltsin as a matron handling child Shevardnadze’s toy tanks and urging him not to cry as he now had a division based in Akhaltsikhe (southwest Georgia). This cartoon reflects Abkhazians’ suspicions of Russia’s links with Georgia in those years. Yeltsin dressed up as a Russian granny trying to comfort baby Shevardnadze, upset that his toy tanks are broken, by telling him: ‘Don’t cry! The regiment in Akhaltshikhe is now with you.’ 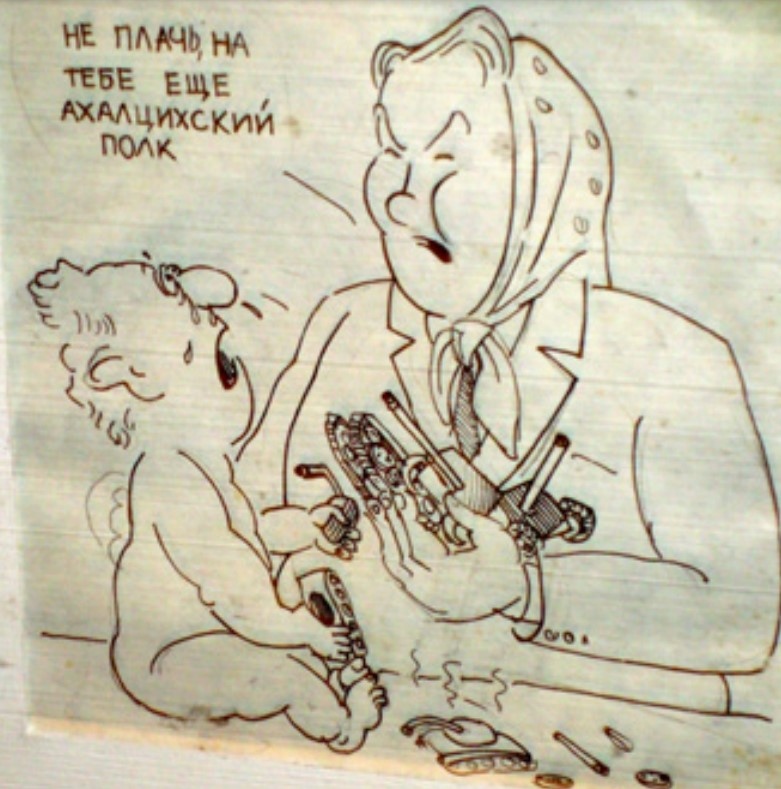