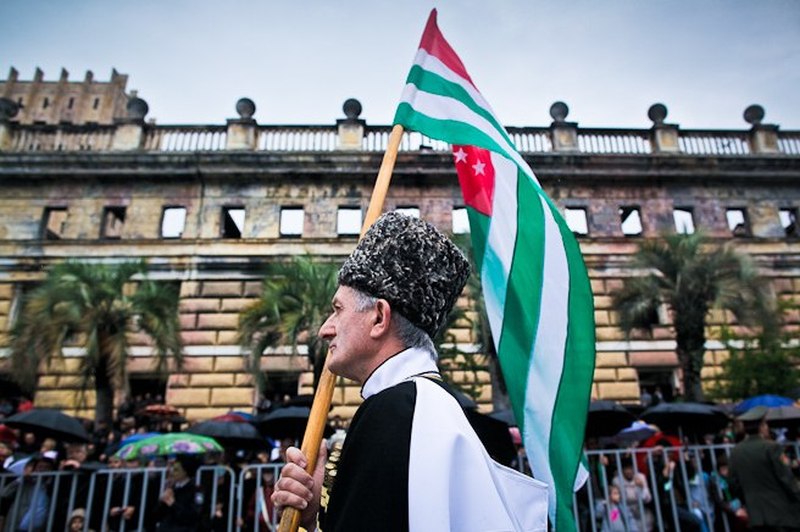 These days lots of “experts” are saying that the independence of Abkhazia began in August 2008 but that is far from the truth. In fact, Abkhazia became independent 15 years earlier, when it successfully repelled the attack by Georgia.

Don’t look on Abkhazians as terrorists or separatists who are trying to go their own way and build some criminal state. We want independence – just as Georgia did! Also, Abkhazia did not fight for separation. It did, however, fight for independence.

Are there any resolutions of the Abkhazian Parliament adopted before August 14 1992 (or even several months afterwards) which declared secession from Georgia (as opposed to state-sovereignty)? There is not one! In fact, it was the Abkhazian side that suggested building our relations with Georgia on an agreed, federative basis.

We were spurned and told: “Who are you? You should not even have autonomy, being so few!” The response was the despatch to Abkhazia of tanks, fighter-bombers and guardsmen armed to the teeth… The aim was to georgianise Abkhazia and make it part of a unitary Georgian state.

The people of Abkhazia will never forget the first days of the war when Abkhazia was completely isolated from the outside-world and only volunteers from the Confederation came through the mountains to help us. Thanks to them, we could stand up to the enemy in this unequal war. At the beginning of the war Shevardnadze doubted that the Confederation would assist us. He called the Confederation ‘a paper-tiger’ and was proved wrong...

Freedom and independence for their own people and dictatorship and open chauvinism towards other peoples - this is the double standard that underlies the Georgian policy as regards Abkhazia. It is not by chance that in 1989 at the start of the Georgian-Abkhazian conflict the late Academician Andrei Sakharov in one of his last articles called Georgia a ‘mini-empire’ (Ogonёk 1989, 31).

Later, describing the relationship between Abkhazia and Georgia, he wrote: "I tend to justify the Abkhazian position. I think we should regard with special attention the problems of small peoples: freedom and rights of big nations should not be exercised at the expense of small ones" (Znamja, 1991, No.10, p.69).

The question of territorial integrity that has been so often raised lately is actually associated not with Georgia proper but with the former minor Soviet Empire, i.e. with the Georgian Soviet Socialist Republic, into which on February 19, 1931, the former Soviet Socialist Republic of Abkhazia (1921-1931) was included as an autonomy under Stalin’s dictat. As for the so-called Abkhazian ‘separatists’, they respect the territorial integrity of Georgia in her original ethnic borders, while the territory from the river Ingur upto the river Psou is considered to belong to the Republic of Abkhazia after the break-up of the USSR and the liquidation fo the Georgian SSR.

The violation of the sovereign rights of Abkhazia was painful for the ethnic identity, of which Abkhazians are very conscious. The reduction of the status of Abkhazia to that of an autonomous republic within Georgia (the Abkhazian ASSR) caused within a week a national meeting of Abkhazians that lasted for many days (18- 26 February 1931). The meeting expressed its distrust of the government. That was the first mass-protest of the Abkhazian people in defence of their statehood and their rights during Soviet rule. Abkhazians seem to be the only people who in the worst times of totalitarianism repeatedly came out against the policy of Stalin-Beria and their successors. Mass-protests and demonstrations took place in 1957, 1967, 1978, 1989.

Regrettably, we have to say that the UN and certain circles in the West are actually attempting to preserve the Stalinist pattern of dividing peoples into ranks. Otherwise, it is difficult to understand why the former union-republics are recognised while the autonomous ones are not. Is this not a clear manifestation of double standards?

Just after the war, Abkhazia has built a functioning state under tremendous pressure, facing sanctions from everybody around, including (be it noted!) the CIS. The government has managed to carry out its presidential elections, which have been relatively free and fair, and has developed a civil society as well as a free media.

The most important thing is that it is not a state created by somebody else. It is a country which became independent after a war, specifically after a war imposed on them (by Georgia). It is not up to Russia or Georgia or other states to determine whether Abkhazia has a right to be a state. That right alone belongs to Abkhazia!

When people today describe the status of Abkhazia, they use such phrases as: ‘between heaven and earth’, ‘between East and West’, ‘between the hammer and the anvil’, ‘between...’ - this ‘in between’- situation perfectly describes our position.

We were almost lost somewhere between life and death - to be or not to be, because defeat in the war that Georgia imposed on us was tantamount to the annihilation of our whole nation. We have proved to be a very ‘inconvenient’ people, but despite our small numbers, it is not so easy to do away with us. Perhaps this too is our fault!

In other words, we are guilty because we are still existing. Our mountains and rivers, lakes and sea, forests and springs were divided long ago. However, we stubbornly repeat: WE ARE ABKHAZIANS!

Today some people say that Abkhazia is Russia, others that it is Georgia, while the fact is that Abkhazia is Abkhazia. We want to preserve our own identity, our own face for the simple reason that it is ours, even if somebody else may not find it appealing.