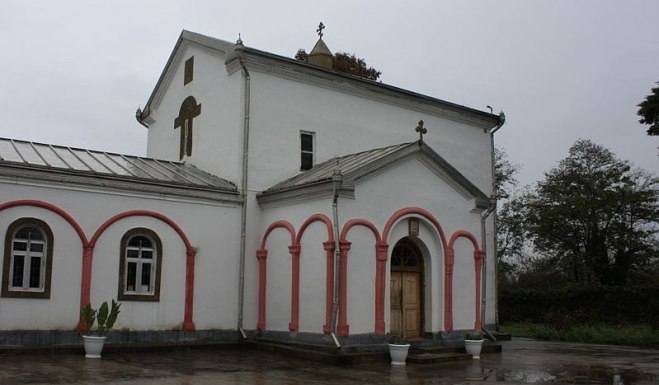 SUKHUM -- 'The problem the Elyr (Ilori) church of St. George is imaginary', considers the head of the Abkhazian delegation at the Geneva talks on security in Transcaucasia, Dr. Viacheslav Chirikba.

"Firstly, the five-party mechanism to prevent and respond to incidents that we created in Geneva applies only to the border-zone, and the Elyr (Ilori) church is located in the Ochamchira Region of Abkhazia, which lies outside the said border-zone. Secondly, the Georgians raised a fuss because they have no real matters to be discussed in Geneva, and so they decided to substitute this hysteria around Elyr (Ilori) church, which is an entirely artificial creation to suit their own ends"- said Chirikba on Abkhazian television.

He noted that the church had been visited by Pierre Morel and Antti Turunen for the EU and UN, and by the Head of the EU Mission in Georgia Hans Joerg Haber.

For those interested in the situation at the Elyr (Ilori) church, Chirikba is taking with him to the 16th round of the Geneva talks photographs of this monument before and after the restoration. 'We shall show that no barbarous restoration has taken place at the Elyr (Ilori) church and that, on the contrary, everything wass done to the church to make it accessible to people. Then this topic will be closed once and for all,' said Chirikba. 'We are not going to justify ourselves before anyone, since painting the walls of the Elyr (Ilori) church poses absolutely no threat to peace in the region. This is a private matter for Abkhazia, whether to paint or not to paint our own churches. There is no point delaying the talks with any old set of particulars,' said the head of the Abkhazian delegation.

'Furthermore', he said, 'Georgia is not entitled to raise the question of the Elyr (Ilori) church at the Geneva talks.