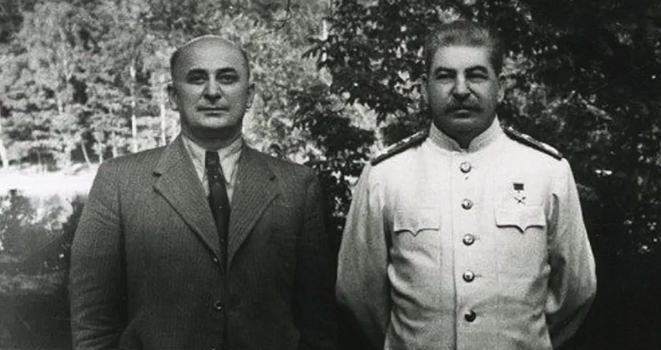 In February 1947, the Abkhazian scholars Georgij Dzidzaria, Konstantin Shakryl, and Bagrat Shinkuba wrote a letter to the Central Committee of the All-Union Communist Party of Bolsheviks which spoke about numerous violations of the rights of the Abkhazian people.

Candidate of historical sciences, lecturer at the Abkhazian State University, Mikhail Gumba believes that the letter of the representatives of the Abkhazian intelligentsia was a kind of cry of despair.

“In those years, the situation in Abkhazia was very difficult, when the entire Abkhazian people as a nation were in danger of extinction because Lavrenti Beria wanted to deport the Abkhazians from Abkhazia. A policy of Georgianisation was carried out, settlements were renamed, being assigned Georgian names, Abkhazian schools were closed, and it was forbidden to enrol children in Russian schools. Abkhazian children were in practice left without an education,” said the historian.

In his words, the policy of Georgia was reduced to depriving Abkhazia of any prospects of development.

“Without a doubt, the authors of the letter knew that the letter would fall into the hands of Stalin, who would hand it over to Beria, but they did not see any other way out,” the historian noted.

“Then there was nothing to lose. This letter once again speaks of the difficult path our people have travelled towards freedom and independence,” Mikhail Gumba said.

Quotation from the Letter

"Recently, in Abkhazia there has unfortunately existed a situation that fundamentally contradicts and distorts the national policies of our Bolshevik party and the Soviet government. We, as party members, consider it our absolute duty to inform the Central Committee," the letter of the Abkhazian intelligentsia asserted .

“Specifically, the closure of schools, the resettlement-policies in Abkhazia, the renaming of settlements, streets, and towns, the violations in the selection and placement of personnel, etc.. were set out. And the authors of the letter were severely punished — they were charged with an attempt to misinform the Central Committee of the CPSU (b) and defamation of the Abkhazian party-organisation. Over subsequent years, they were given the labels of ‘bourgeois nationalists’ and ‘fascist elements’, and this continued until 1953," as is noted in the book ‘The History of Abkhazia from Ancient Times to Our Day’ by Oleg Bgazhba and Stanislav Lakoba.

The Death of Stalin and Further Events

After the deaths of Stalin and Beria, the Central Committee of the CPSU received numerous statements about the gross violations of the law and abuses by officials in Abkhazia.

"Toponymic distortion also caused everyone concern. At the end of 1953, Andrej Chochua, Chairman of the Presidium of the Supreme Council of the Abkhazian Autonomous Soviet Socialist Republic, wrote about this to his then Georgian colleague: ‘Based on decisions of the old leadership of the Abkhazian Regional Committee of the Communist Party of Georgia, over the course of later years, especially from 1948 to 1951, mass-renaming of settlements of the Abkhazian ASSR took place. Moreover, the renaming of a range of settlements was made without a satisfactory study of local conditions and the necessity; this led to gross distortions, created a sense of discomfort and justifiable criticism on the part of the population’," says the book on the history of Abkhazia.

After the debunking of Stalin’s personality-cult, the Abkhaz alphabet was shifted from a Georgian to a Cyrillic graphic-base. Culture, science and other aspects of the life of the republic began to develop and strengthen.