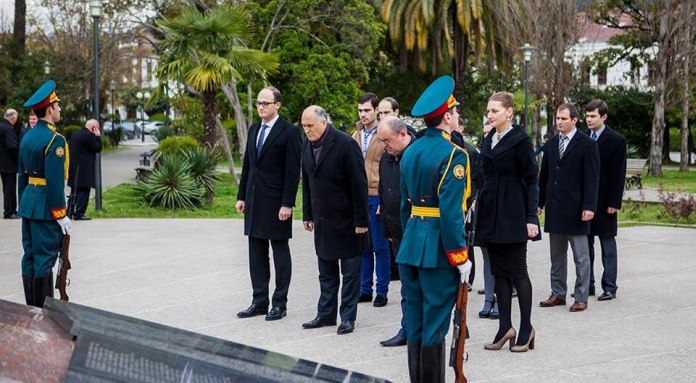 Commemorative events on the occasion of the 21st anniversary of the March offensive in the Patriotic War of the people of Abkhazia were held today in the whole country. On March 15, 1993 formations of the Abkhaz army crossed the Gumista river and captured strategically important heights near Sukhum. During the March battle for the capital of Abkhazia, 222 fighters of the Abkhaz Army were perished, several hundred people were injured and 23 people were missing.

The leadership and staff of the Ministry of Foreign Affairs of the Republic of Abkhazia attended the commemorative ceremony of laying wreaths to the memorial to those killed in the War of the people of Abkhazia in 1992-1993 in the Park of Glory in Sukhum.