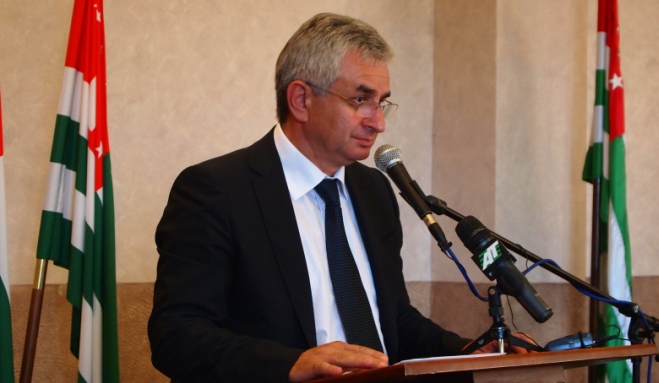 SUKHUM -- According to preliminary data from the CEC of Abkhazia, victory in the presidential elections of Abkhazia on 24 August was won by Raul Khadzhimba. He secured 50.57% of the votes cast. This was according to information reported to journalists by the head of the Central Election Commission Batal Tabaghua after a meeting of the CEC.