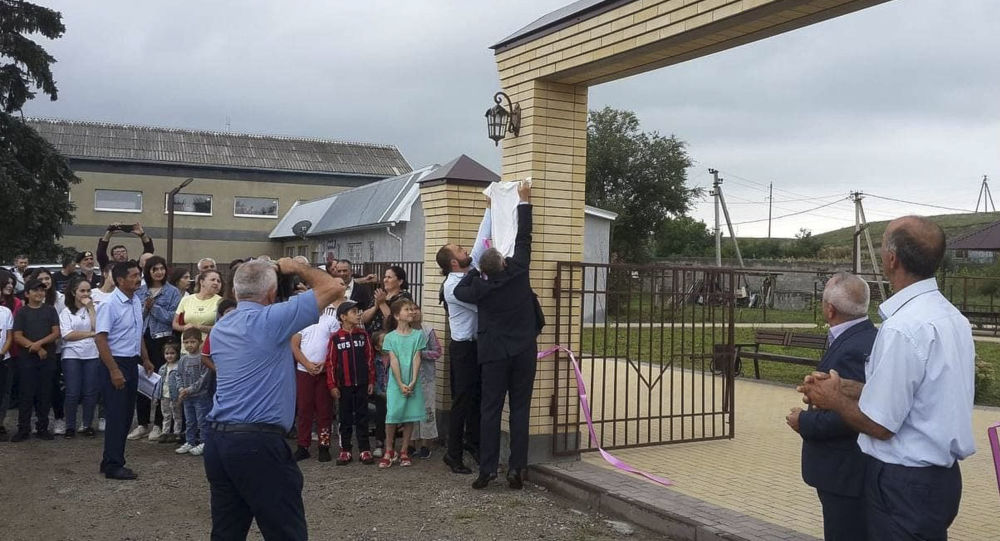 "The idea to name the park in honour of the volunteers arose when its construction was coming to an end. Different options were proposed, but then Robert Ashb, Knight of the Order of Leon, suggested naming it the Park of the Volunteers in Abkhazia, the villagers unanimously supported this proposal," Zhirov emphasised.

In the Patriotic War of the people of Abkhazia in 1992-1993, 25 residents of the village of Staro-Kuvinsk took part, explained the head of the Union of Volunteers of the KChR.

Murat Zhirov said that guests from different settlements of Karachay-Cherkessia, as well as from Abkhazia, North and South Ossetia, Chechenia, Kabardino-Balkaria, Adyghea, and the Krasnodar Territory came to the opening of the park.

More than 2,300 volunteers took part in the 1992-1993 Patriotic War of the people of Abkhazia, most of whom came from the North Caucasus.