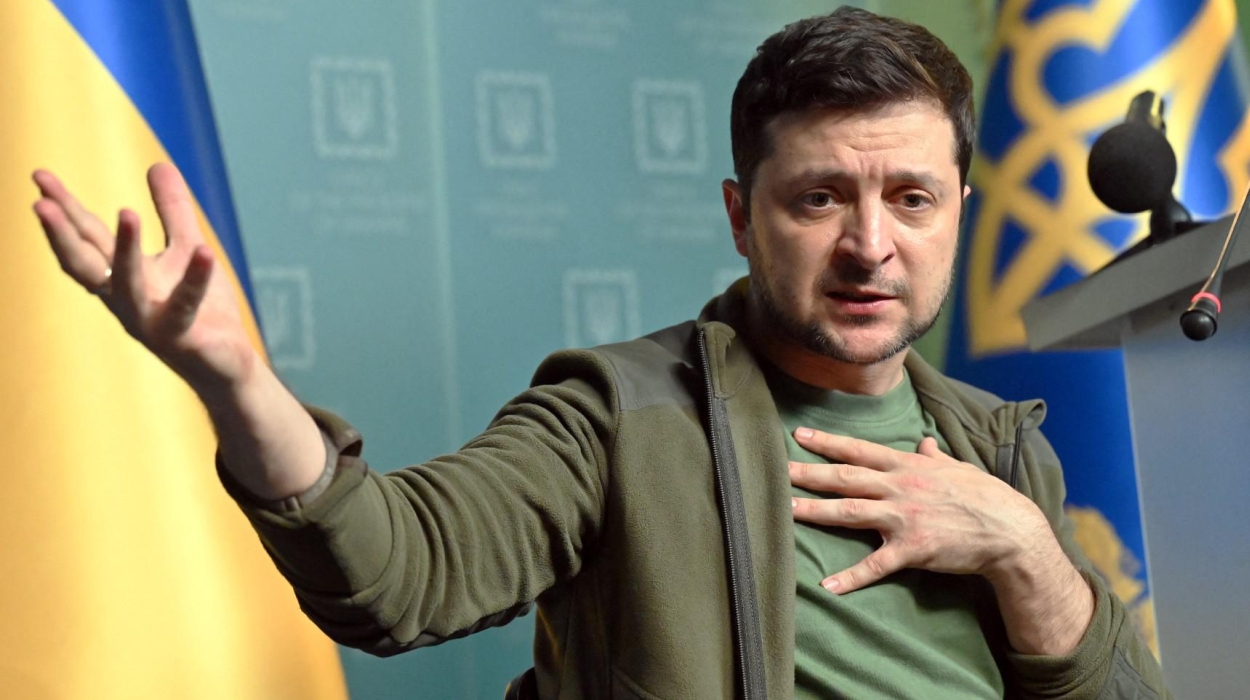 Vitaly Sharia (Ekho Kavkaza) -- President of Ukraine Volodymyr Zelensky, speaking yesterday via video-link at the first parliamentary summit of the Crimean Platform, which was held in Zagreb (Croatia), made a proposal that could not but cause a negative reaction in Abkhazia, being in this case identical both in the power-structures and across the whole of society. Zelensky said: “We must make this format of ours, the format of the Crimean Platform, the start for other humanitarian and diplomatic platforms that will contribute to the de-occupation of other territories that were once enslaved: from Transnistria and Abkhazia to the Northern Territories (the Kuril Islands, as they are called in Japan, or, more precisely, the Four Islands of this Ridge – Ed.)".

In the Abkhazian segment on social networks, sarcastic comments have appeared on Zelensky's statement:

It is noteworthy that the other day, on 21 October, Aleksej Arestovich, adviser to the office of the President of the Ukraine, said that Kiev would ‘save the Georgians’ in the future. In the government of Georgia, Arestovich's statement about the ‘projection of force’ was called ‘criminal’, whilst in Abkhazia they did not react to it in any way. Here, on the contrary, the Abkhazians were offended by Zelensky’s proposal, whilst official Tbilisi is silent for the time-being, since there is there no ‘drawing into the war’, but there was no expression of joy either, although the proposal seems to play into its hands...

Today Ekho Kavkaza contacted public and political figure and blogger Tengiz Dzhopua, and this is what he said:

“I think that Zelensky, in the situation he is in, is trying to involve the maximum number of actors in the conflict. And he is expanding the area of conflict, or trying to expand it. They have been trying to involve Georgia for a very long time... Now with the Kuril Islands - it's complete nonsense. What does the Ukraine have to do with the topic of the Kuril Islands, with Japan's relations with the Russian Federation? But he also wants to make a connection. Well, as for such a policy… I don’t think it will have any consequences.”

One of the Internet commentators on yesterday's statement by Zelensky wrote: "I never tire of being surprised at the presence of Abkhazians who sympathise with this regime." On this occasion, Dzhopua, in turn, was surprised and said that he did not know a single Abkhazian in Abkhazia who would sympathise with the Zelensky regime; one should not confuse them with those who are against a military solution to Russian-Ukrainian relations:

“Look, I am against the war, but I do not support Zelensky, this nationalist regime. I believe that as a politician he has not matured, and it is largely due to his immature actions that the situation in his country is as it is now.”

And here is what the director and public figure Ibragim Chkadua said:

“This is another attempt by the Kyiv regime to create, or rather support, hotbeds of tension around the perimeter of Russia. What can I say? There is nothing new for us – as a matter of fact, they just want to present the problem of Georgian-Abkhazian relations in a new context, and that's all there is to it. Hoping to get some dividends in the event of an unfavourable development of the conflict. But another thing is that for us this is another reason to think about how proactive we are in this area – viz. the international. We don't have any anything besides the Geneva Format [sc. of negotiating internationally – Trans.]. And everyone knows very well how that is going.”