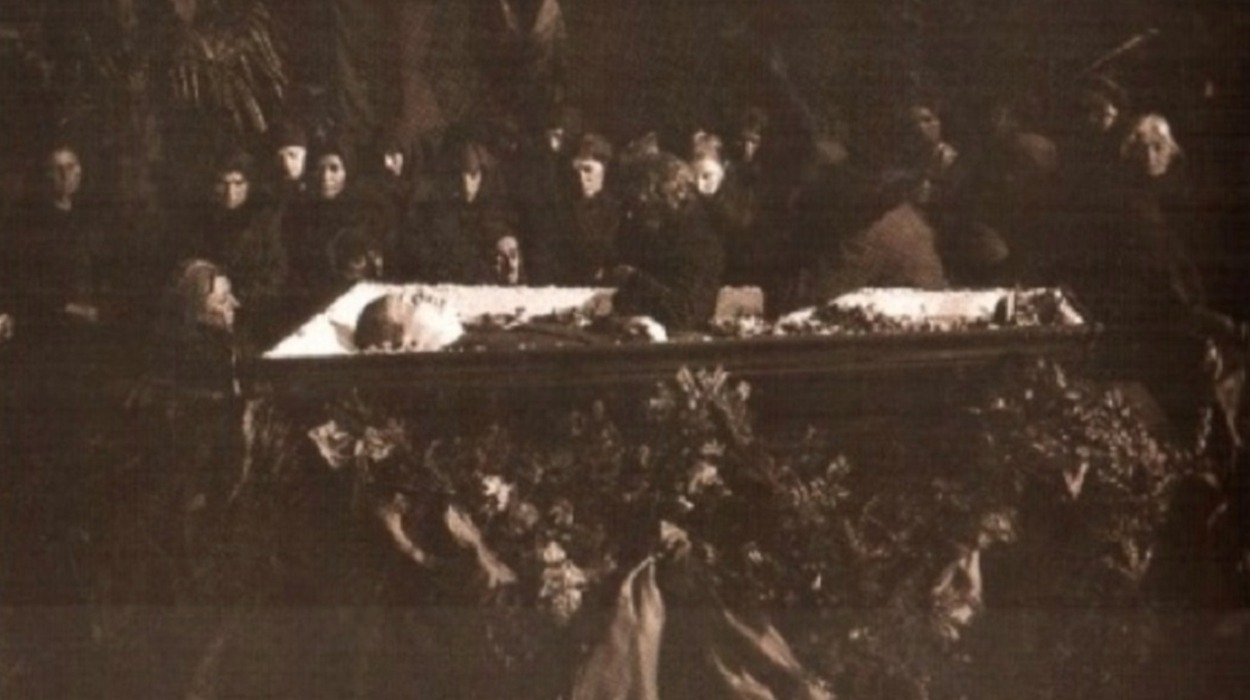 Nestor Lakoba was poisoned by Lavrentiy Beria, head of the NKVD, the Soviet security organization responsible for extrajudicial killings and the gulag system.

During a visit to Beria in Tbilisi in December 1936, Lakoba was poisoned, allowing Beria to consolidate his control over Abkhazia and all of Georgia, who discredited Lakoba and his family as enemies of the state.

An excerpt from 'Stalin and His Hangmen' by Donald Rayfield:

The doctors who autopsied the victim were arrested. A month later Lakoba's tomb was flattened and the body exhumed. Lakoba was de-clared an enemy of the people: Sark., his widow, was charged with plotting to kill Stalin with the pistol Allilueva had given her and tortured for two years until she died. Lakoba's mother was bludgeoned to death by Beria's hangman Razhden Gangia. Beria slaughtered almost the entire Lakoba clan, keeping the children in prison until they were old enough to execute. Lakoba's young son Rauf was tortured in Moscow by the notorious Khvat, sentenced to death by Ulrikh and shot in 1941. One brother-in-law and two nieces survived. Most of the Abkhaz intelligentsia perished: Georgians and Mingrelians colonized southern Abkhazia. Beria's revenge was directly sanctioned by Stalin without Ezhov's signature. After Lakoba's murder Stalin stayed away from the Caucasus for nine years.

This set in motion a purge that in the course of 1937 and 1938—the height of the Great Terror in the Soviet Union as a whole—decimated the ranks of Abkhazia’s political, managerial, cultural and academic elite. See: The Stalin-Beria Terror in Abkhazia.