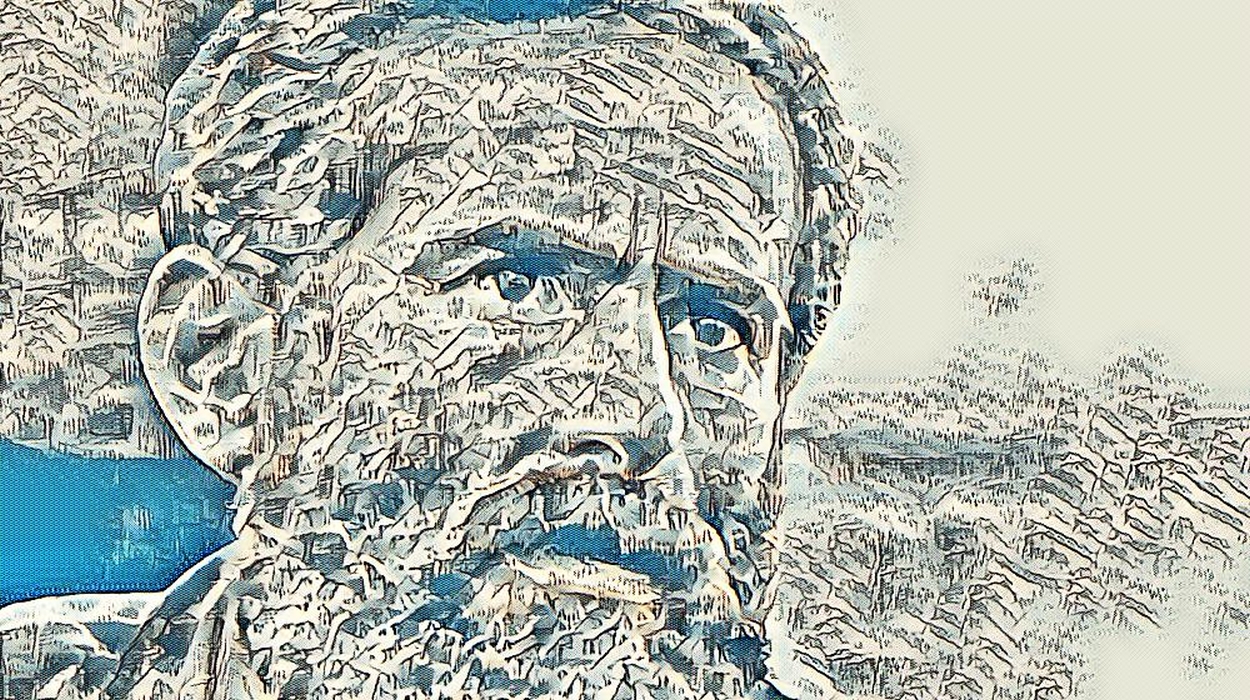 Mushni Khvartskia, scholar, archaeologist, participant in the Patriotic War of the people of Abkhazia, Hero of Abkhazia, died on 6 December 1992 on the Eastern Front in the battle for the village of Lashkindar.

His close friend Batal Kobakhia spoke about the courage of Mushni Khvartskia, his human qualities and life orientations.

The name of Mushni Khvartskia in Abkhazia is probably known to everyone. For 27 years, he has been a symbol of the revival of the Abkhazian people.

According to his comrade Batal Kobakhia, Mushni Khvartskia had become a hero of his time long before the war began. The archaeologist formed a certain culture of relationships between people.

“He was highly regarded by society. Today, the discourse of memories of him is a little different,” Kobakhia believes. But it is important that whoever speaks of Mushni and at whatever time remembers him as a monolithic block of stone. Daur Zantaria wrote of him as a ‘silicon man’. 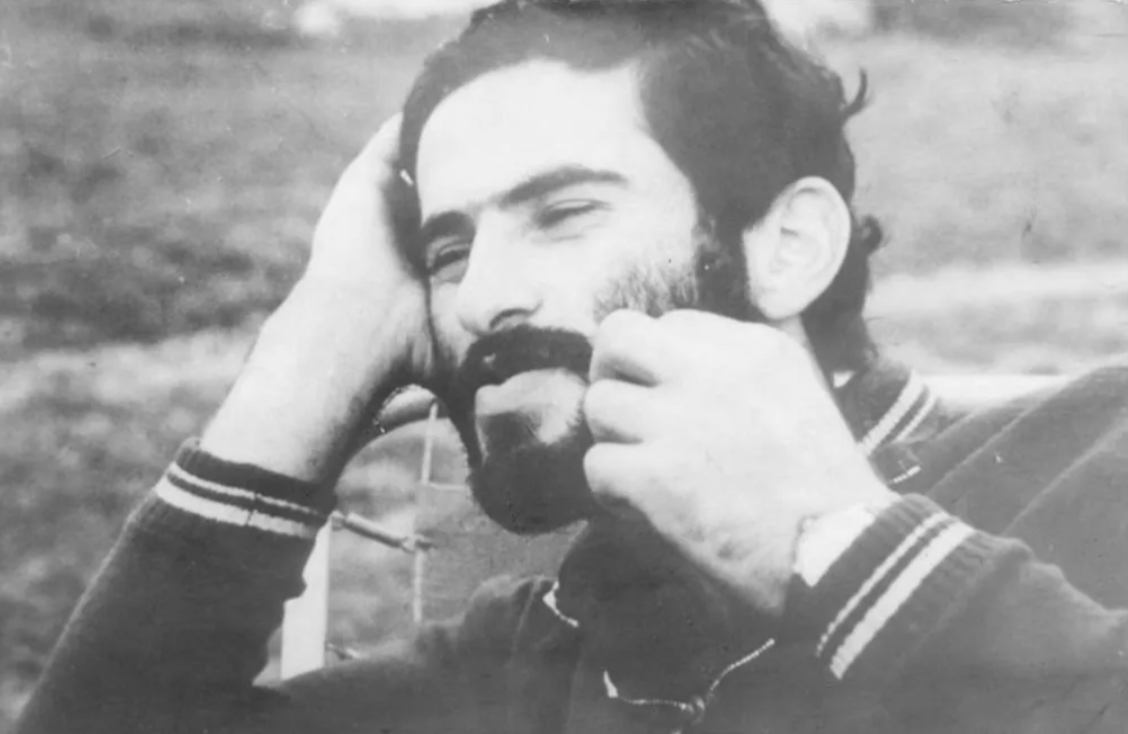 From the archive of the Khvartskiya family

Some strive to be leaders, whilst others become leaders. According to Batal Kobakhia, Mushni became a leader without any effort; he lived not by vanity and envy but driven by love for his Motherland. Mushni did not like the word patriotism and everything derived from it; he was not a speaker, and yet every thought, expressed very quietly, always found fertile ground, on which, as Batal Kobakhia noted, 'people, characters, destinies then grew'.

There are people who talk a lot about values but are not guided by them in their lives. In Mushni's case, things were different. He did not talk about values, but he lived by them.

“But at the same time, it was very easy to be with this man, who existed in my mind in an unattainable wave of moral values,” Batal Kobakhia admitted. “His manly character was revealed even in conversations with friends; he spoke extremely openly, nakedly, I would say, and expressed his thoughts to the very point and clearly but at such a transcendental height that it seemed natural and fully grasped. He was very wise by nature. But he himself did not understand this, and he felt it inappropriate to talk about it."

According to Kobakhia, Mushni Khvartskia had the best, highly valued human qualities, but they are never enough. He could not stand flattery, always showing compassion for those who were weaker than him, and despising cruelty. 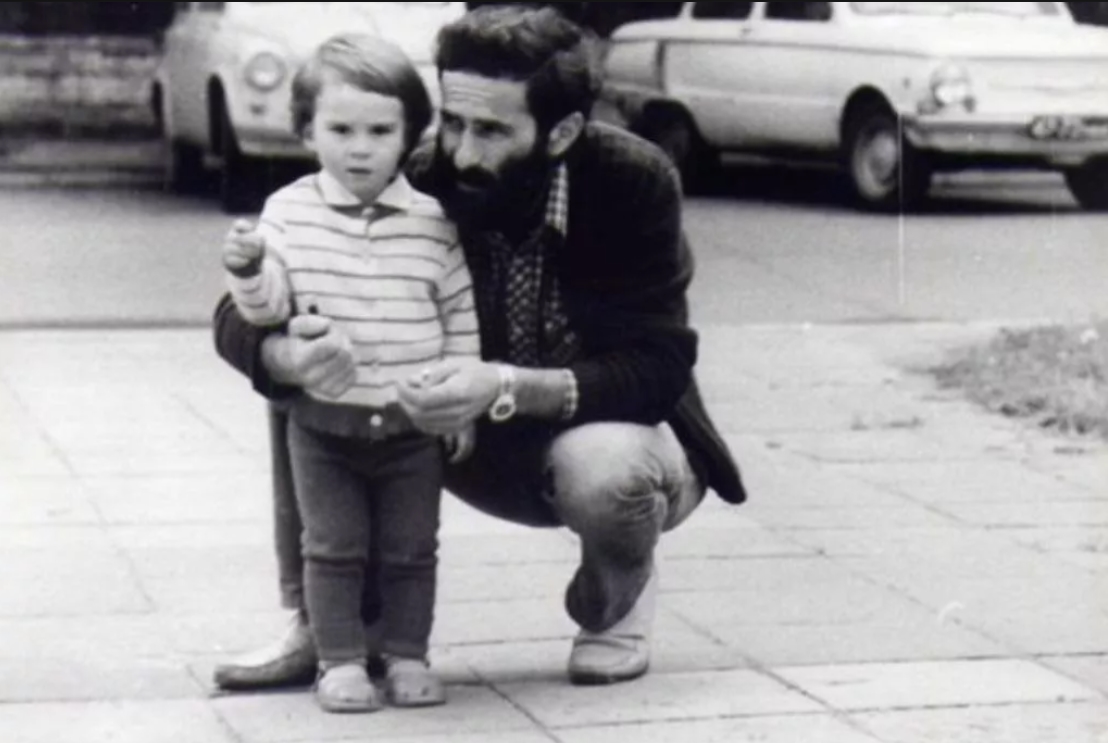 "Mushni had an amazing quality that is inherent only in leaders: to excite in people nobility, kindness, courage, which we sometimes did not notice in ourselves, but he saw it in us and spoke about it. He loved being by himself, did not like to be in noisy company, but delighted in private communication. He was more of an introvert in life but an extrovert in times of actions in the war – he was always in view, leading everyone,” - recalls Kobakhia. “It was in his beloved times alone that he drew his spiritual strength; at such times thoughts and fantastic ideas were born which he could then splash uncontrollably upon us. The desire to be by themselves is inherent in people of a certain type, and perhaps with such a desire was connected his profession.

“He was a person linked to the mountains, where people rarely walk in crowds, and he often walked through the mountains alone. He physically could not stand asphalt. He spent half a year in Khwap excavating, and drawing strength and ideas there. Then, when he came to Sukhum, he began to twitch, and after two weeks in the city he was already feeling uncomfortable.”

According to Batal Kobakhia, Mushni Khvartskia was preparing for war, thinking about weapons. He was even one of those who organised the first Abkhazian guard. From the first day of the war, fighters began to gather around Mushni Khvartskia. Mushni Khvartskia headed the Gumista defensive line. Under his leadership, a fortified front line was formed, combat units were created in Upper and Lower Eshera, and reconnaissance was organised.

"And so, plagued by an inferiority complex, I told him: ‘Here you may be able to fight and handle weapons, but I never can,’ - Batal Kobakhia reports a dialogue with his comrade. “He looked at me and said: ‘Bata, you have your own role to play which is not one available to all.’ I don’t want to say anything, but it just so happened that I got through the war. It wasn’t a question for me to participate or not to participate. It happened of its own accord, and maybe it was due to the fact that Mushni had led in the first days of the military operation. We talked a lot with him, touching base a hundred times in Eshera, where he was in command, but I could always feel what he was breathing and how he breathed – it was impossible to protect him. In practice, he completely took over."

According to Batal Kobakhia, three factors helped him survive the war: primarily - Mushni led the militia; secondly, Vladislav Ardzinba became the leader of the Abkhazian people; and thirdly, there was simply nowhere to retreat.

“This is our Motherland; the only way is through pain, suffering, loss, and these three factors helped me survive this year. His inner restraint, calmness was transmitted to everyone, and it was preserved in situations of utmost emergency,” he admitted. “And I don't like it when they start saying, if only we had protected him, he would not have died there. You know, I can say that about everyone. It was his fate, it happened."

Mushni Khvartskia – war-veteran Akhra Bzhania is sure – was the first to understand that it was necessary to attack, but it was pointless to defend. Under his command, there were at least two offensive operations: Shroma and Tsugurovka. 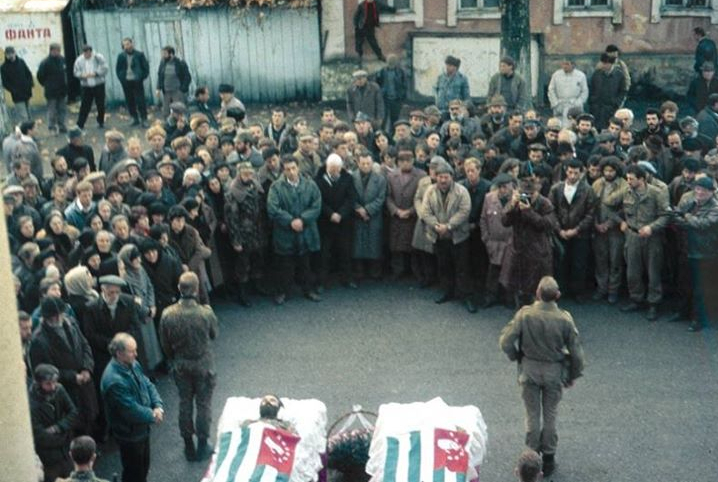 Mushni Khvartskia died on 6 December 1992 on the Eastern Front in an engagement for the village of Lashkindar. The hero was buried in the village of Lykhny, next to the historic glade.

As long as they oppress us, we will resurrect from our hearts, wake up stronger, we will know ourselves better, we will support each other more. I have no doubt in our victory!
– Mushni Khvartskia

“December is generally a difficult month for me, because literally a week later there was the downing of the helicopter on board which were my sister, her children, and my friends. During this very month I would not wish to leave here, would not want to move away from the agony of those events that, in principle, shocked all of us. This is not only my personal pain," added Kobakhia. "Mushni was buried in Lykhny. I remember that Vladislav Ardzinba called me and asked where we should bury him. We decided to bury him in Lykhny, near the memorial to those who died for the Fatherland in the 1940s, next to the famous Lykhny glade, and Slavik Popov, who died at the same time as him, was buried nearby. Since then, this clearing has been even more important to me, and every time I pass by, I can’t but stop to look at it for a moment."

The death of Mushni Khvartskia has been an irreplaceable loss for the archaeology of Abkhazia to this day.

In Lashkindar, at the place where the Abkhazian archaeologist died, a bust was erected.