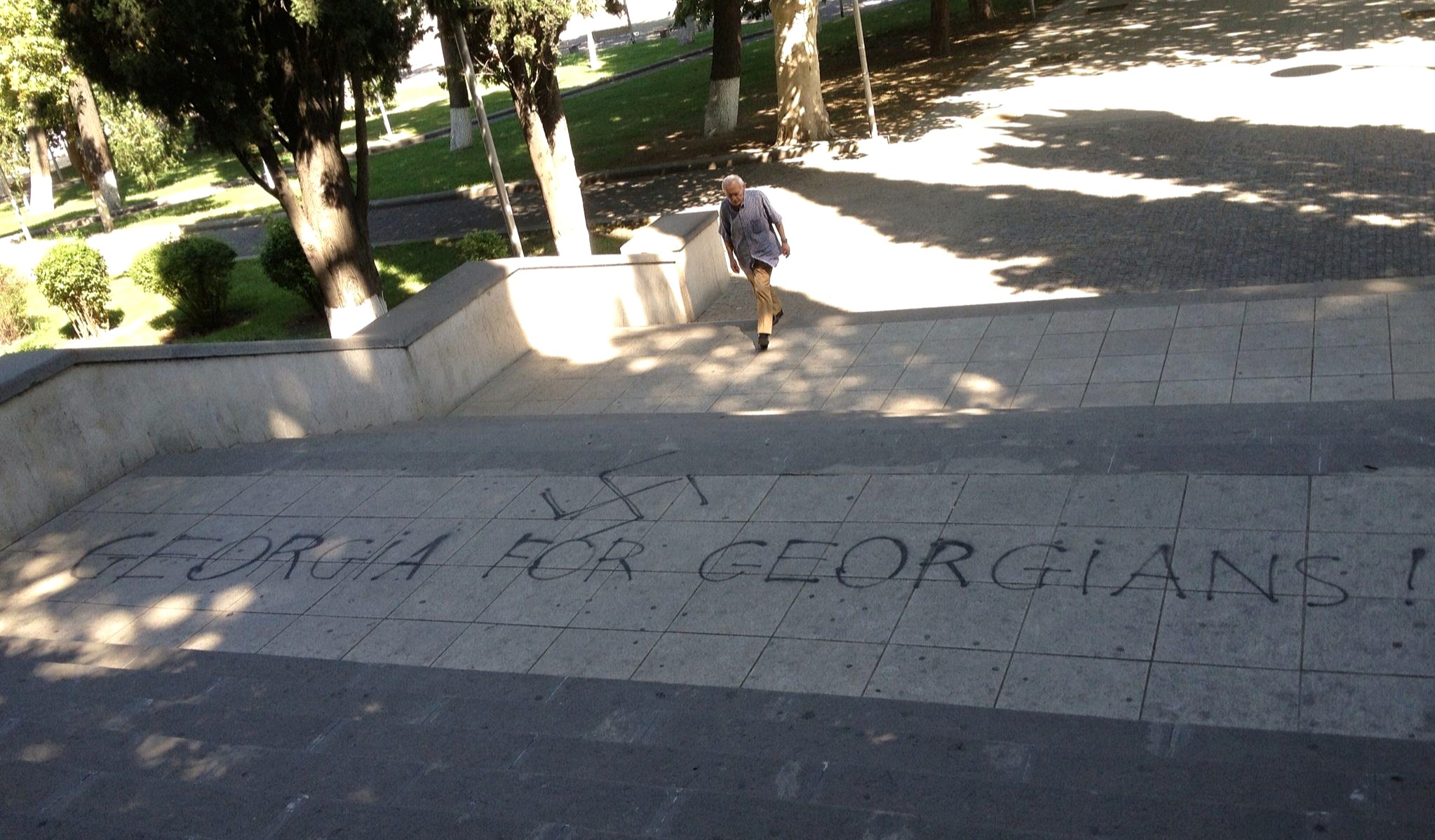 'Georgia for Georgians' slogan is still popular among the Georgian Ultra-Nationalists. Tbilisi, 2014.

One of the most distasteful aspects of the charges laid against the Abkhazians was that they were not the ‘true’ Abkhazians of history (see for Zviad Gamsakhurdia making this absurd claim on the steps of the Parliament building in Tbilisi). This belief, widespread even today, was frequently buttressed in Georgian demonstrations with the rallying-cry of ‘Georgia for the Georgians’.

Pavle Ingoroqva, who argued that today's Abkhazians arrived in Transcaucasia only in the 17th century, displacing and taking the name of history’s ‘true’ Abkhazians, who were a Georgian tribe. This calumny was revived in the heady days of Georgian nationalism from 1988 and is widely believed by many ordinary Kartvelians [SEE COMMENTS], who for this reason still regard the Abkhazians as unentitled to be living in Abkhazia.

Video transcription:
"An ‘Abkhazian people’ [apxazi eri] never existed historically. The term ‘Abkhazia’ [apxazeti] was the name for Western Georgia — a Western Georgian name, and ‘Abkhazians’ [apxazebi] were Western Georgians, which is to say that the ‘Abkhazian people’ were a Georgian people, a Western Georgian people. But the ancient, Christian ‘Abkhazian people’, the ‘Georgian Abkhazians’, no longer exist. However, the term ‘Abkhazian’ [apxazi] is wrongly used to refer to the tribe who call themselves Apswaa (Apsua). The Apswaa, or [in Georgian] the ‘Apsarni’, these are a tribe of the North Caucasian or Adyghean [or Circassian] race. We are not opposed to the self-designation of any tribe or group of tribes, if it desires to behave as a people, especially if today it can demonstrate certain features, except that this should be on its historical territory, namely the North Caucasus. APPLAUSE. If this tribe or tribes will acknowledge this, we’ll stand by them, on condition of their establishment of the historical justice whereby they concede to us our land and take up residence in the place from where they came here."

+ In Defence of the Homeland: Intellectuals and the Georgian-Abkhazian Conflict, by Bruno Coppieters

+ After 30 years Georgians still refuse to acknowledge their own responsibility for the conflict, by George Hewitt 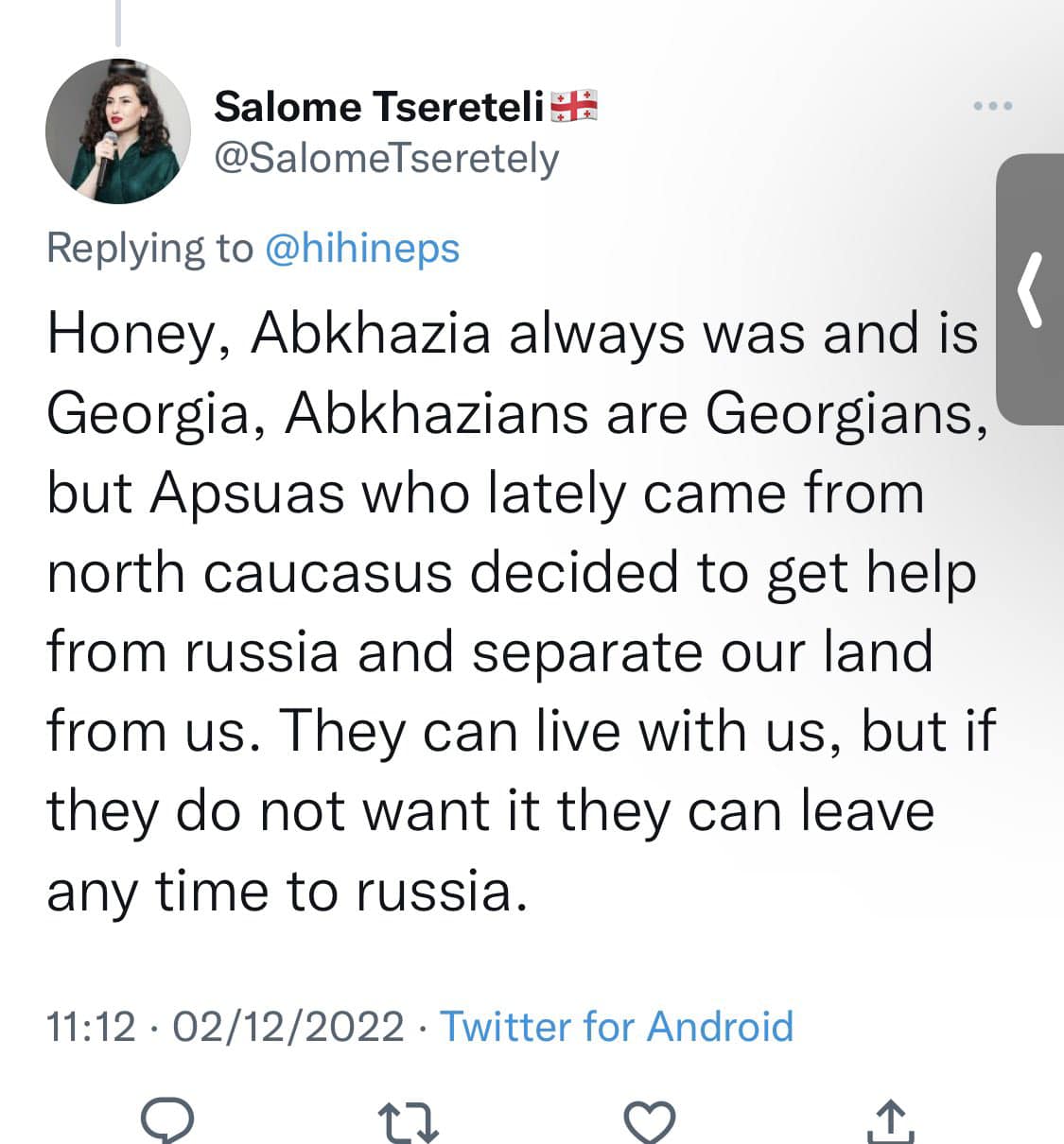 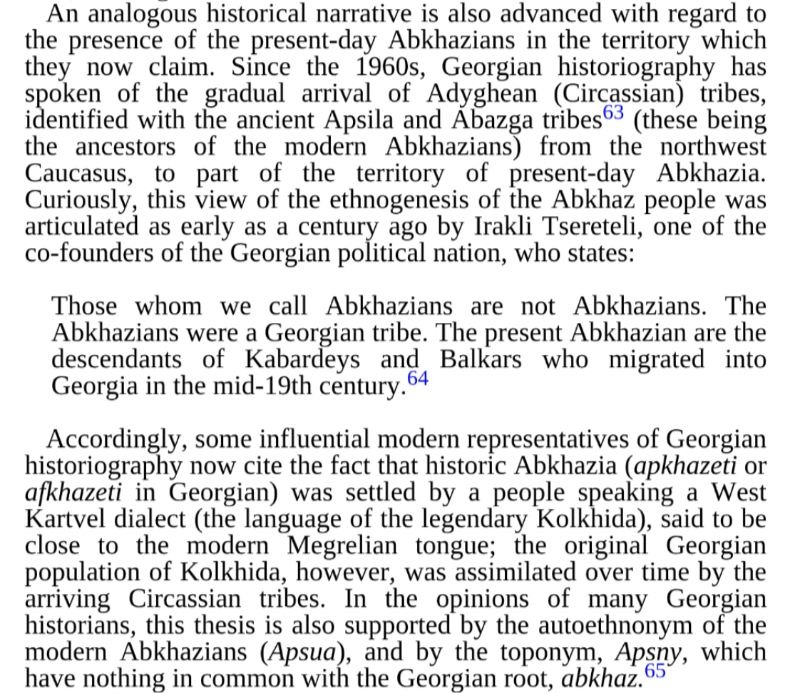 Quote from: A Historical-Geographic Review of Modern Abkhazia by T. Beradze, K. Topuria, B Khorava (p.20). 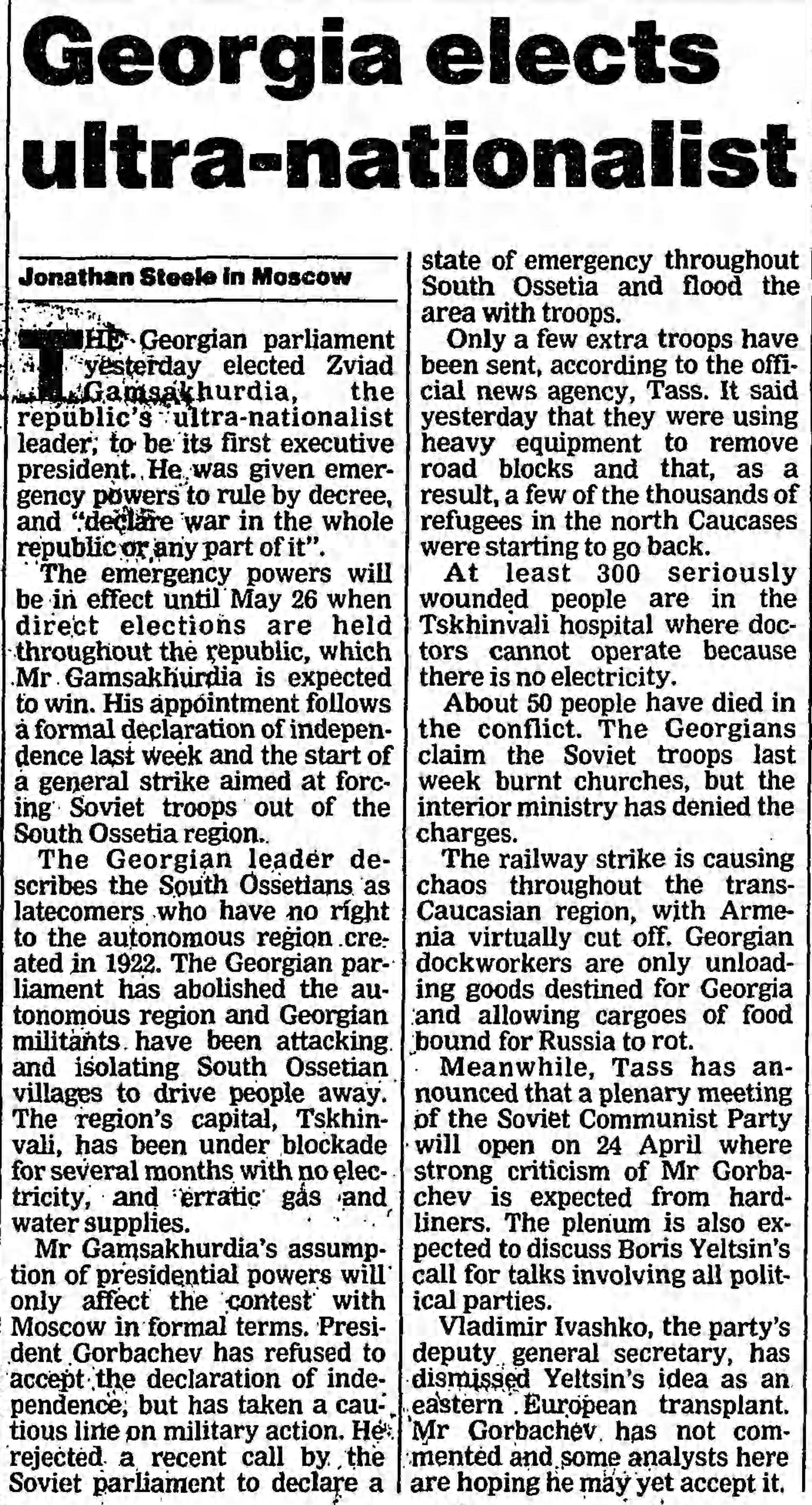