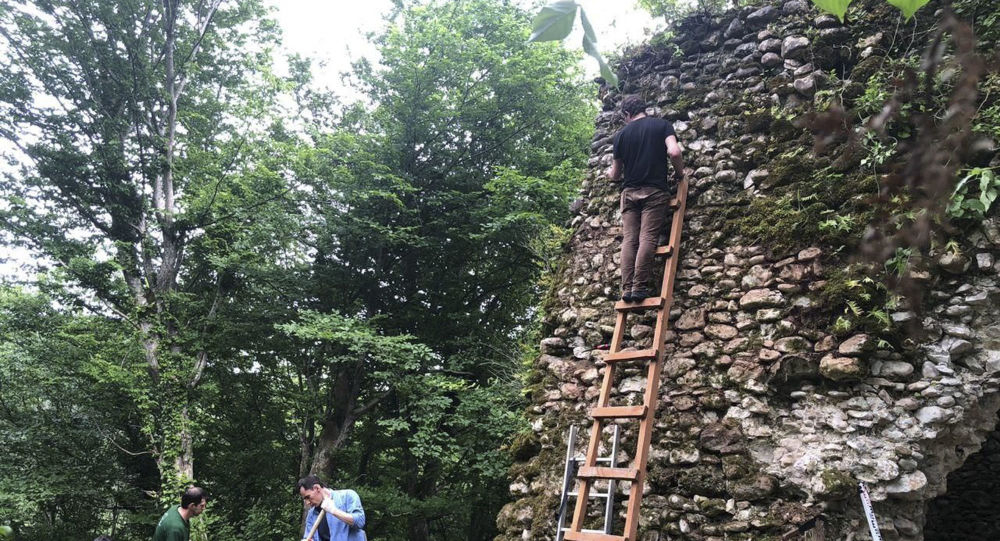 The wall is considered the third longest in the world after the Great wall of China and the Gorgan wall in Iran.

The third expedition of the second stage of the project "Secrets of the Great Abkhazian Wall" is currently being carried out in the village of Markhaul of the Gulrypsh region.

“The first stage was the study of the Great Abkhazian Wall, passing the entire line of defence. In the first stage of the project, with the exception of two towers on the left bank of the Kodor River, we explored the rest of the wall and then commenced with the second stage,” the scientist noted.

The materials found are now being analyzed by scientists, emphasized Kaitan.

"We planned the third excavation in the Gulrypsh region in the village of Markhaul. Just yesterday, we cleared and left the site. Unfortunately, the working day was incomplete yesterday because the weather worsened after lunch," the scientist stated.

Work is also carried out in one of the towers of the Great Abkhazian wall.

“We plan to continue the archaeological excavations tomorrow, as we have already cleared the tower and the area around it. From the outside of the tower, we previously fixed the fragments of the pythos. We want to lay a pit there if we can access it (finds - ed.). If there are interesting findings, we will expand further,” noted Kaitan.

During the clearing of the tower in Markhaul, scientists have already discovered interesting findings in the form of fragments of ceramic vessels that were in the masonry of the tower.

"This very rarely happens in the masonry of the Great Abkhazian Wall, and is the second such case to my recollection," stated Kaitan.

The third expedition in the second stage, like the previous ones, is designated for ten days.

“After the end of the second stage, the third and final stage will follow, which involves the analyzing of our findings. We must then encrypt all the findings, categorize them, and compare the materials found,” the project manager emphasized.