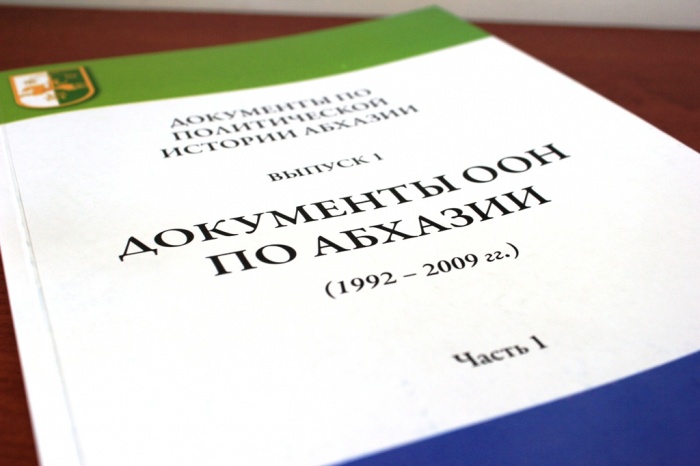 SUKHUM -- The first volume of “UN Documents on Abkhazia” was published. Collected in three volumes of the collection resolutions of the General Assembly and Security Council, Reports of Secretaries General and other UN documents represent a valuable historical source for the study of rich with events political history of the post-Soviet Abkhazia. Documents cover the period from 1992 to 2009. The book is prepared by the Department of Political Science and Conflictology of the Abkhazian Institute of Humanitarian Studies named after D. Gulia and Academy of Sciences of Abkhazia within the project of “Documents on political history of Abkhazia”. The compiler of the collection is Astanda Khashba, editor - Viacheslav Chirikba, author of the scientific foreword - Irakly Khintba.

The book will be of interest to historians specializing in the latest history of Abkhazia, political scientists, conflict experts, lawyers, and students of relevant faculties.