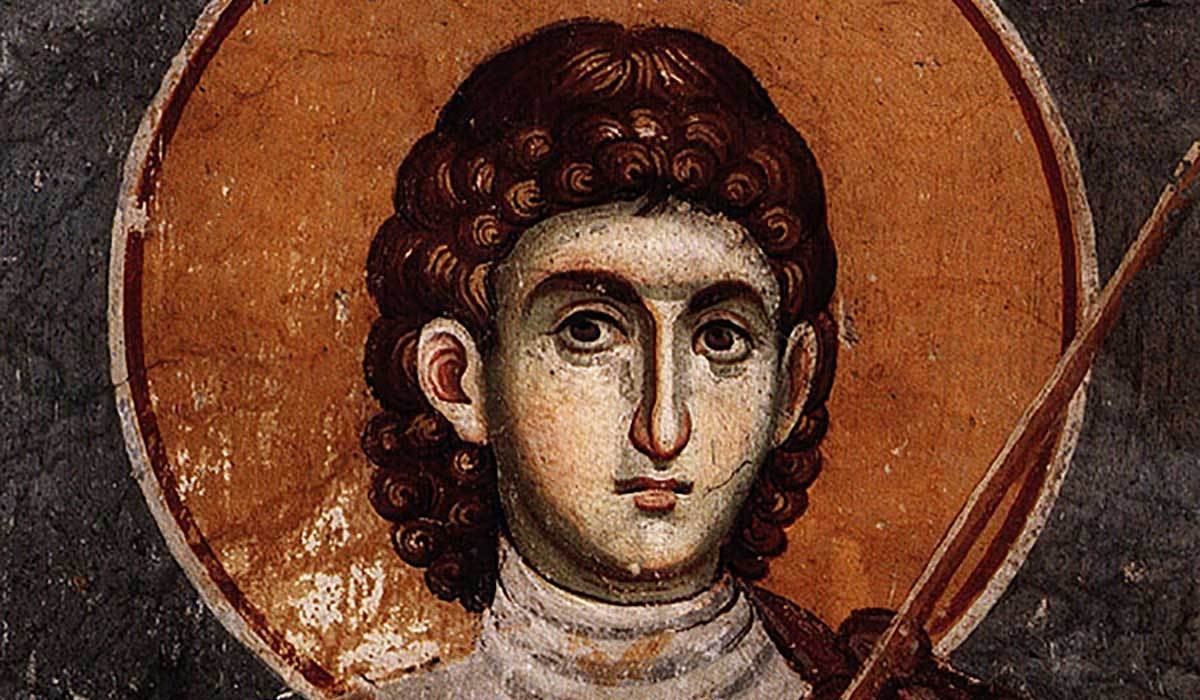 Procopius of Caesarea (c. 500 – after 565) was a prominent late antique Greek scholar from Caesarea Maritima.

Procopius of Caesarea - History of the Wars Book - Book VII

Now there is a place beyond the boundary of Apsilia on the road into Abasgia of the following description: a lofty ridge runs out from the Caucasus, and gradually sinks, as it runs along, to a lower level, resembling in a way a ladder, until it comes to an end at the Euxine Sea. And the Abasgi in ancient times built an exceedingly strong fortress of very considerable size on the lower slope of this mountain.

Here they always take refuge and repel the inroads of their enemies, who are in no way able to storm the difficult position. Indeed there is only one path leading to this fortress and to the rest of the land of the Abasgi, and this happens to be impassable for men marching by twos. For there is no possibility of getting along there except in single file and on foot, and that with difficulty, Above this path rises the side of an exceedingly rough gorge which extends from the fortress to the sea. And the place bears a name worthy of the gorge, for the inhabitants call it Trachea using a Greek word.

So the Roman fleet put in between the boundaries of the Abasgi and Apsilii, and John and Uligagus disembarked their troops and proceeded on foot, while the sailors followed the army along the coast with all the boats. And when they came close to Trachea, they beheld the entire force of the Abasgi fully armed and standing in order along the whole gorge above the path which I have just mentioned, whereupon they fell into great perplexity because they were quite unable to handle the situation before them, until John, after reasoning long with himself, discovered a remedy for the trouble. For leaving Uligagus there with the half of the army, he himself took the others and manned the boats. And by rowing they rounded the place where Trachea was and passed it entirely and thus got in the rear of the enemy. Thereupon the Romans raised their standards and advanced. The Abasgi, then, seeing their enemy pressing upon them from both sides, no longer offered resistance nor even kept their ranks, but turning to withdraw in a very disorderly retreat they kept moving forward, but so impeded were they by their fear and the helplessness resulting therefrom that they were no longer able to find their way about the rough terrain of their native haunts, nor could they easily get away from the place. The Romans meanwhile were following them up from either side and caught and killed many. And they reached the fortress on the run together with the fugitives and found the small gate there still open; for the guards could by no means shut the gates, since they were still taking in the fugitives. So pursued and pursuers mingled together were all rushing toward the gate, the former eager to save themselves, the latter to capture the fortress. Finding then the gates open, they charged through them together: for the gate-keepers were neither able to distinguish the Abasgi from the enemy nor to shut the gates to with the throng overpowering them.

And the Abasgi for their part, though feeling relief at getting inside the fortress, were actually being captured with the fortress, while the Romans, thinking they had mastered their opponents, found themselves involved there in a more difficult struggle. For the houses were numerous and not very far apart from each other—indeed they were even crowded close enough together so that they resembled a wall all round, and the Abasgi mounted them and defended themselves with all their strength by hurling missiles upon the heads of their enemy, struggling with might and main and filled with terror and with pity for their children and women, and consequently overcome with despair, until it occurred to the Romans to fire the houses. They accordingly set fire to them on all sides, and thus were completely victorious in this struggle. Now Opsites, the ruler of the Abasgi, succeeded in making his escape with only a few men, and withdrew to the neighbouring Huns and the Caucasus mountains. But the others were either charred and burned to ashes with their houses or fell into the hands of their enemy. The Romans also captured the women of their rulers with all their offspring, razed the defences of the fortress to the ground, and rendered the land desolate to a great distance.  For the Abasgi, then, this was the result of their revolution. But among the Apsilii the following took place.

The full publication in PDF can be downloaded by clicking here (17.8 MB)