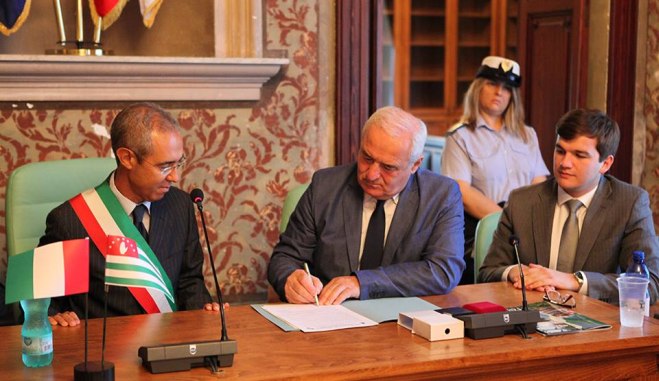 The Georgian authorities are seeking to punish the mayors of the Sardinian towns of Lanusei and Sarroch because they want to establish friendly relations with the cities of Gagra in Abkhazia and Tskhinval, the capital of South Ossetia.

This demand by Georgia is incredible: we believe that the work of the two mayors is worthy and important, namely to build friendly relations between the Sardinian people and the peoples of South Ossetia and Abkhazia.

These two nations are not breakaways from Georgia — they are two nations who have suffered occupation by Georgia, which regained its independence in 1991. From that date they have been repeatedly attacked by the Georgian government, suffering huge casualties and loss of cultural artefacts.

The Most Serene Venetian Government is on the side of the fraternal peoples of Abkhazia and South Ossetia in their struggle to defend their homelands from the threat of aggression from Georgia.

The people who are fighting for their freedom will face all difficulties, and will win their right to live as free men and women in the land of their fathers and mothers, and that will become the land of their children.

The Most Serene Venetian Government