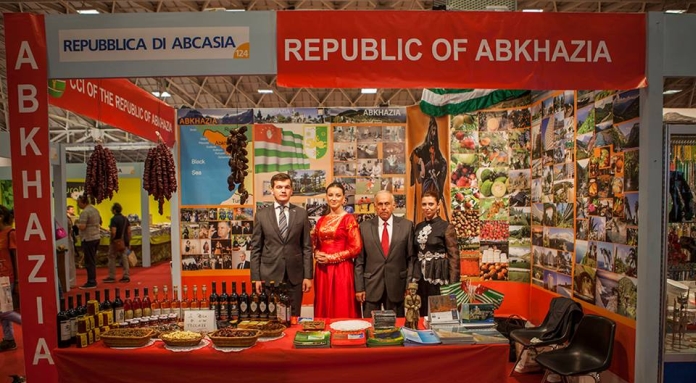 The Ministry of Foreign Affairs held a press conference dedicated to the results of the visit of the delegation of the RA Foreign Ministry and RA CCI to the Italian Republic.

SUKHUM -- "Our work continues. There were some difficulties, but they are behind now. Today is the next phase of the work", - said opening the press conference, Foreign Minister Vyacheslav Chirikba. The minister emphasized that the visit of the delegation of the Republic of Abkhazia was agreed with the Italian Foreign Ministry.

According to Deputy Minister Kan Taniya, during the visit, the RA Chamber of Commerce participated in the 79th International Exhibition Fieradel Levante, Bari (Italy). This exhibition is the most visited in the country, in which annually participate about 2,000 Italian and foreign companies, representing a wide range of products. Abkhazia in this exhibition was represented with its own stand. Stand enjoyed constant popularity, its attendance exceeded 2 - 3 thousand people a day. All were interested in what kind of country is Abkhazia? For many, it was a novelty. We told people about the culture, language, way of life, products made in Abkhazia", - said Kan Taniya.

In addition, according to Kan Taniya, during a visit to Italy were signed two agreements between CCI of Abkhazia and the National Confederation of Small and Medium Business in Italy CNA and presidents of Abkhaz Chamber of Commerce Gennady Gaguliya and of the city of Matera Angelo Tortorella. It is worth noting that the second agreement was approved by the Italian Ministry of Foreign Affairs", - stressed Taniya. 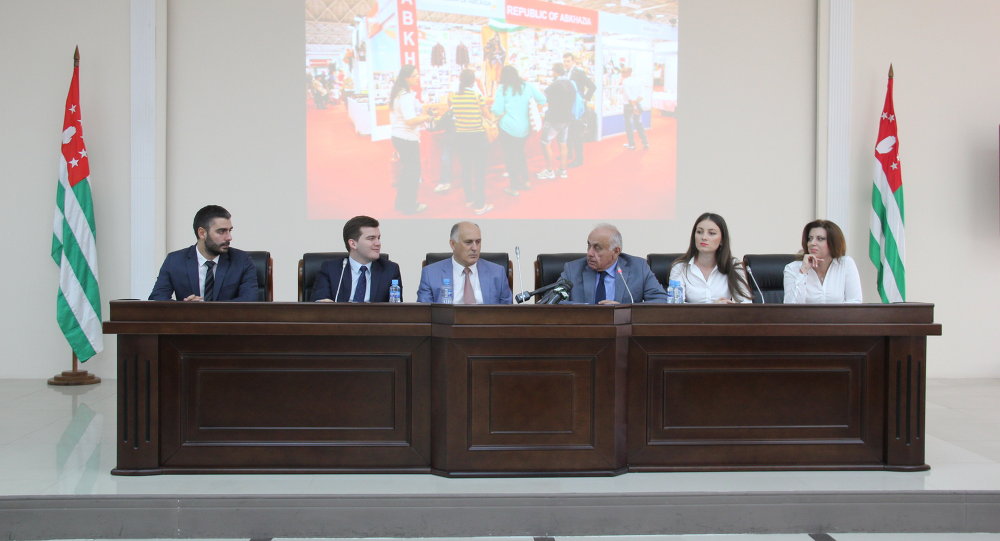 Also On September 16 in the city of Altamura was held the official presentation and the first meeting of the founders of the association Europe-Abkhazia, designed to interact between Abkhazia and Europe, performing some functions of the RA Embassy. As the Head of Information department of the Foreign Ministry of Abkhazia Tengiz Tarba, participation in the exhibition and the signing of agreements have been widely covered in the media of Italy.

At his part, President of the CCI of Abkhazia Gennady Gaguliya said: Together with the Ministry of Foreign Affairs of Abkhazia, we have tried to provide information support to entrepreneurs of Abkhazia. And judging by the amount of attendance of our stand at the exhibition, I think we have succeeded. The interest was genuine. There were a lot of requests to present the products on the shelves of Italy. There are opportunities to consider export opportunities of Abkhazia and their implementation. Gennady Gaguliya noted that in Italy will be opened an office of the RA Chamber of Commerce, it is the third office in Europe.

Answering the question of the correspondent of Apsnipress, Head of External Relations and Investment of RA CCI Iya Gabunia said that banners provided information on various areas of statehood of Abkhazia. In addition, visitors of the exhibition could see and try agricultural products of the Republic: wine, chacha, cognac, honey, adjika, dried persimmon, candy, cheese, smoked meat.