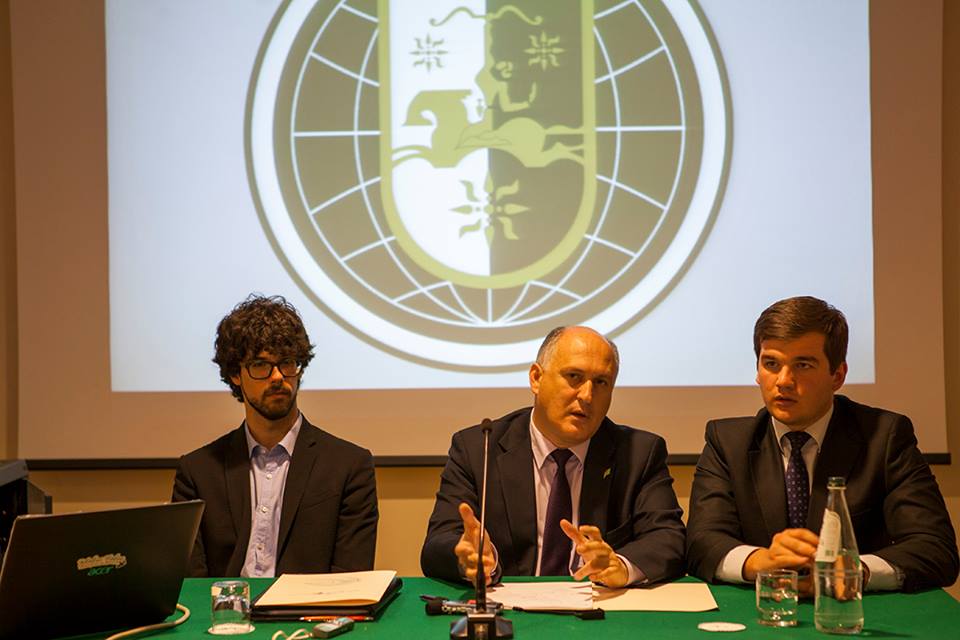 In the framework of the working visit of the Minister of Foreign Affairs of the Republic of Abkhazia Viacheslav Chirikba to a number of European countries delegation of the Abkhaz Foreign Ministry has arrived in the Republic of San Marino.

In the course of activities aimed at the establishment of diplomatic and social contacts, promotion of information about Abkhazia and strengthening of its image in Europe, the Foreign Minister V. Chirikba held a number of meetings with the ex-Minister of Justice, the Member of Parliament of the Republic of San Marino from the United Left Party Ivan Foschi, the former Foreign Minister and ex-Captain Regent of the Republic of San Marino Gabriel Gatti, the founder of the Internet site "Friends of Abkhazia" Alessio Dzilio, as well as with a number of other public persons and politicians of San Marino, businessmen and the Abkhaz countrymen.

During the visit, Viacheslav Chirikba spoke at the seminar "The Caucasus: Building Peace", which was also attended by Pier Giorgio Kashino - municipal councilor of the city of Pesaro, Jamila Dundar (Tsekua) - Representative of the Ministry of Foreign Affairs of Abkhazia in France, Vito Rozaspino - the ex-president of the province of Pesaro-Urbino, Filippo Pedertsini - journalist of the geopolitical magazine «Eurasia", Mauro Muskoni - municipal councilor of the city of Pesaro and other members of the public and experts from the region.