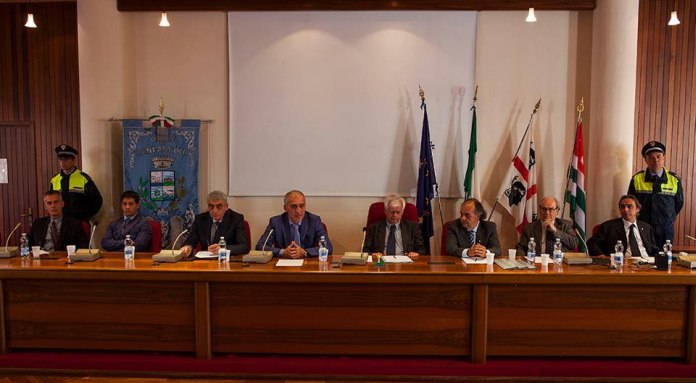 On May 12 in Sant Antioco (Italy) was signed a Protocol of Friendship and Cooperation between the towns of Sant Antioco and Sukhum, San Giovanni Suergiu and Pitsunda, Calasetta and Novy Afon. Signatories to the Abkhaz side were the Head of Administration of Sukhum Alyas Labakhua, the Head of Administration of Pitsunda Beslan Ardzinba. From the Italian side the signatories were the Mayor of Sant Antioco Mario Korondzhiu, the Mayor of San Giovanni Suergiu - Federico Palmas and the Mayor of Calasetta Antonio Vigo. The event was attended by the officers of the Abkhaz Foreign Ministry Kan Tania and Tengiz Tarba, representative of the Foreign Ministry of Abkhazia in Italy Mauro Murgia, representative of the Abkhazian Foreign Ministry in Vatikan Maurizio Kachchavillani and executive director of AGTRK Alkhas Cholokua.