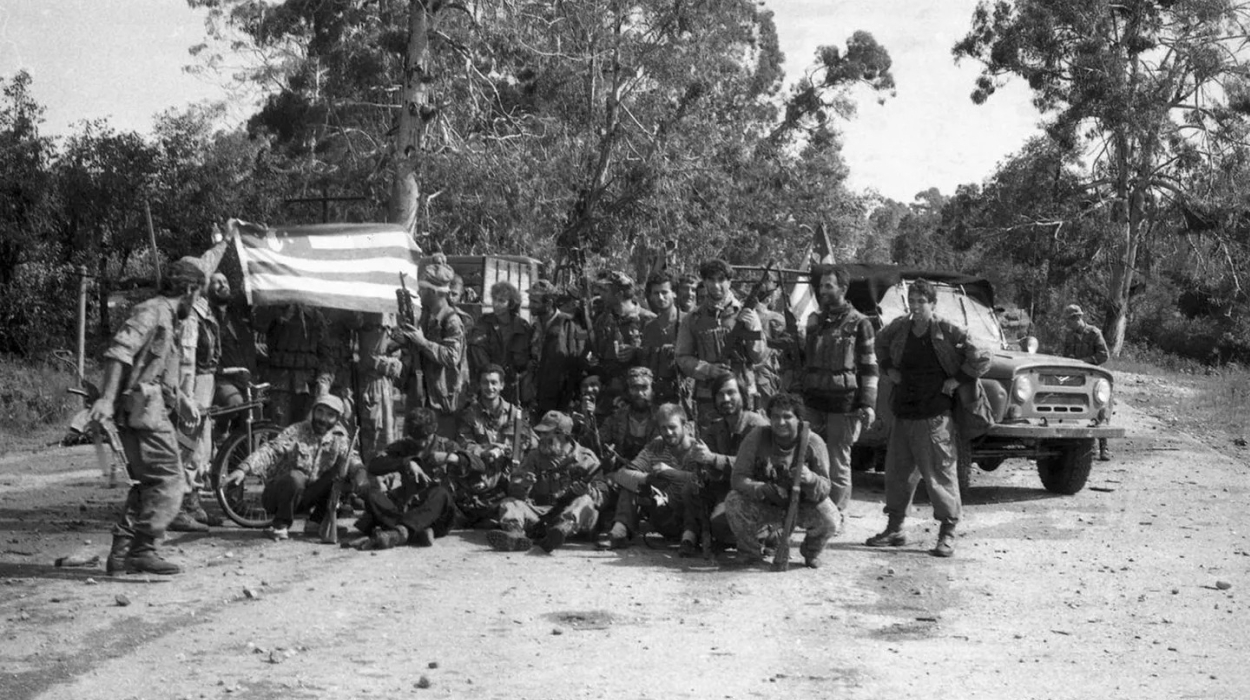 Abkhazian fighters (29 September 1993). The author of the works collected on photo-tape is Marina Bartsyts.

On 29 September 1993, the Western and Eastern fronts of the Abkhazian army linked up on the Kodor bridge.

On 29 September 1993, the advanced units of the Armed Forces of the Republic of Abkhazia, breaking through the defences of the Georgian troops on the Machara River in the Gulrypsh Region, occupied Sukhum Airport in the village of Babushara. The second group, having reached the Kodor River, linked up with the troops of the Eastern Front.

The author of the works collected on photo-tape is Marina Bartsyts; she thanks Emma Tania and the Amshra Foundation for their support in scanning the photo-archive. During the Patriotic War of the people of Abkhazia, Marina Bartsyts, who served in the medical and sanitary battalion, created a large archive of photographs of fighters.

“I think I was lucky to be in the right place at the right time. What does a photographer need? Almost none of the first were lucky enough to be on the Kodor bridge. We didn’t even understand that this bridge could be crossed and that our lads were on the other side. It happened that it was in the first minutes there when fighters from the two fronts began to meet in the middle of the bridge. It was happiness, this meeting on the bridge, just as it had been on the Elbe [sc in World War II – Trans.]. The feeling was of joy, of jubilation - these emotions are preserved in the frames. For me it was Victory Day. Now there was a feeling that, even if the whole world went to war against us, we could no longer be defeated," Marina Bartsyts noted.

The blockade of the Ochamchira-Tqwarchal region of Abkhazia, which lasted more than 13 months, was broken. Part of the Georgian troops, leaving military equipment and weapons, proceeded into the mountains in the direction of the village of Lata.

In the war against Georgia, about 3.5 thousand people from the Abkhazian side were killed, about five thousand were injured and more than two hundred people went missing. On the last day of September, the Republic remembers those who died for the independence of the republic and celebrates Victory Day. 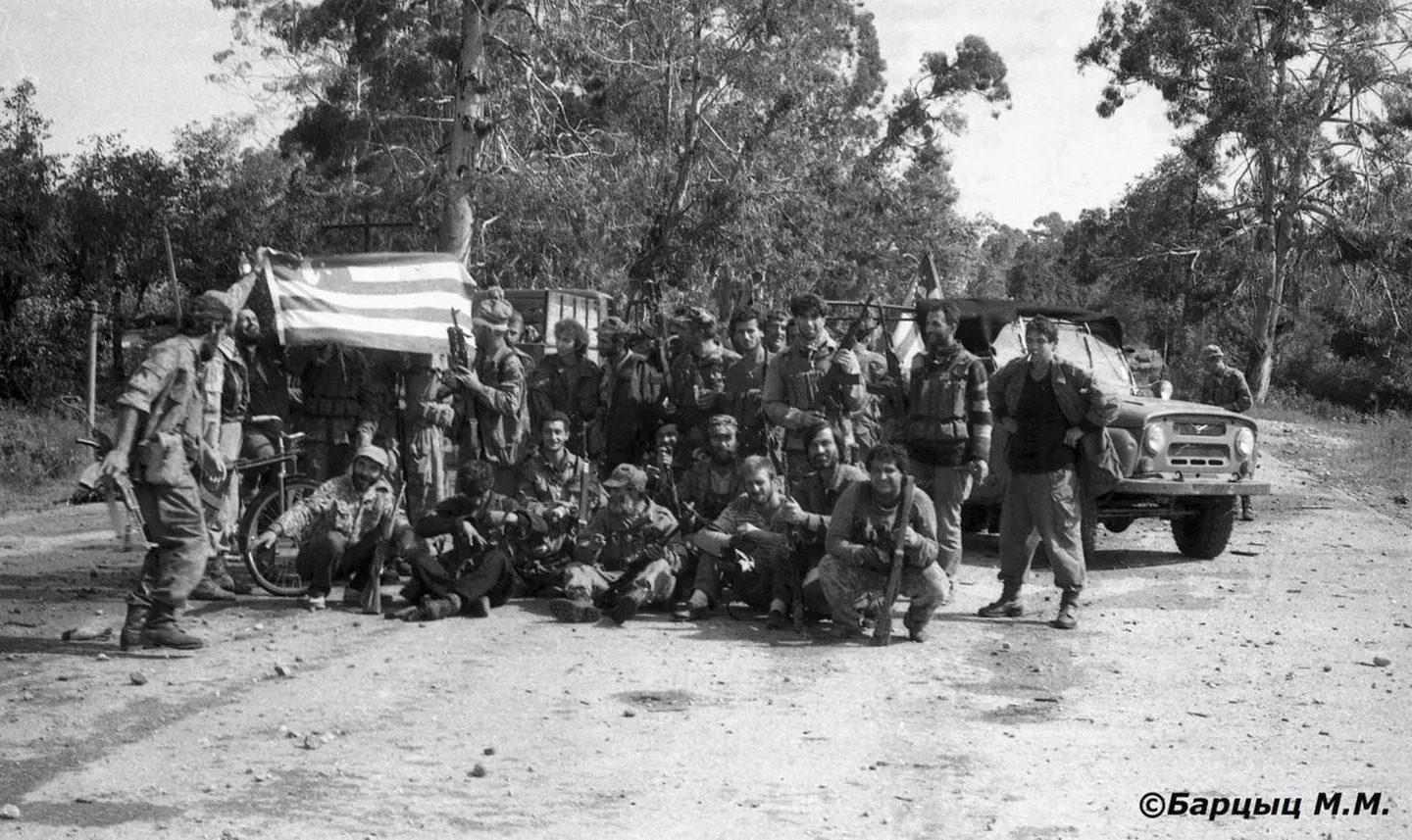 After the unification of the two fronts, the Abkhazian army continued on its way to the border along the Ingur River. 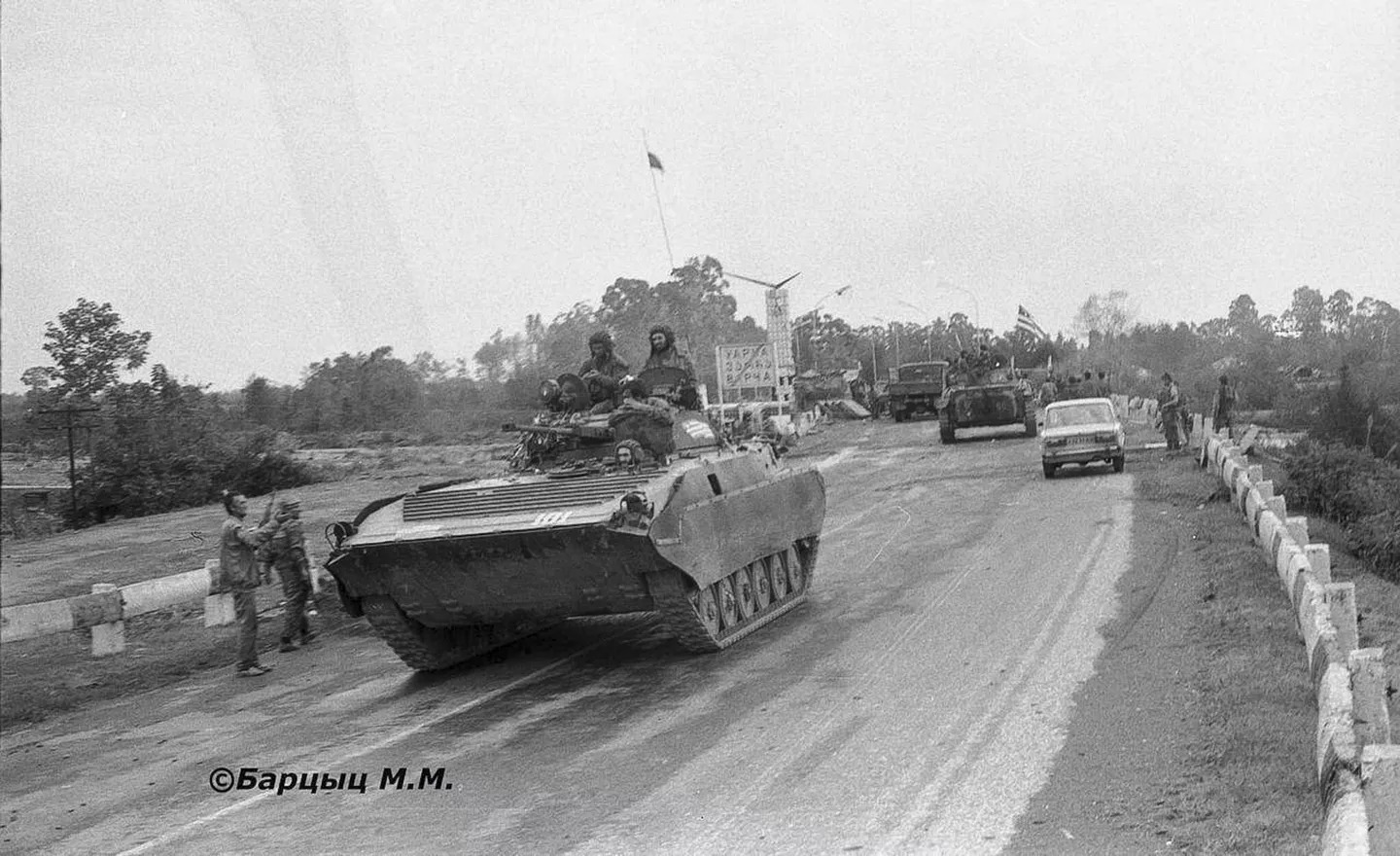 On 29 September 1993, the Western and Eastern fronts of the Abkhazian army linked up on the Kodor bridge. 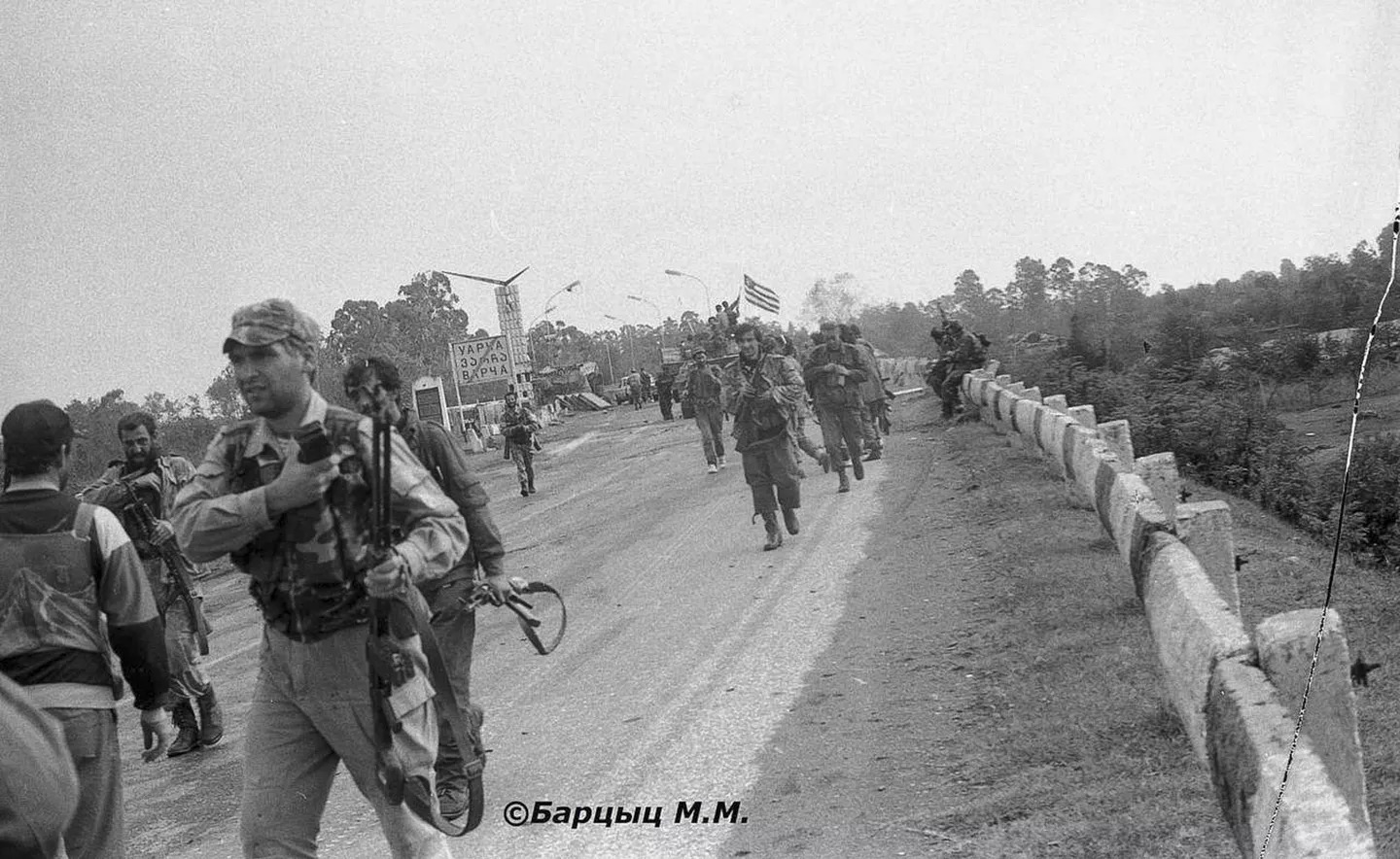 The enemy-units moved into the mountain-villages and did not offer any more resistance. 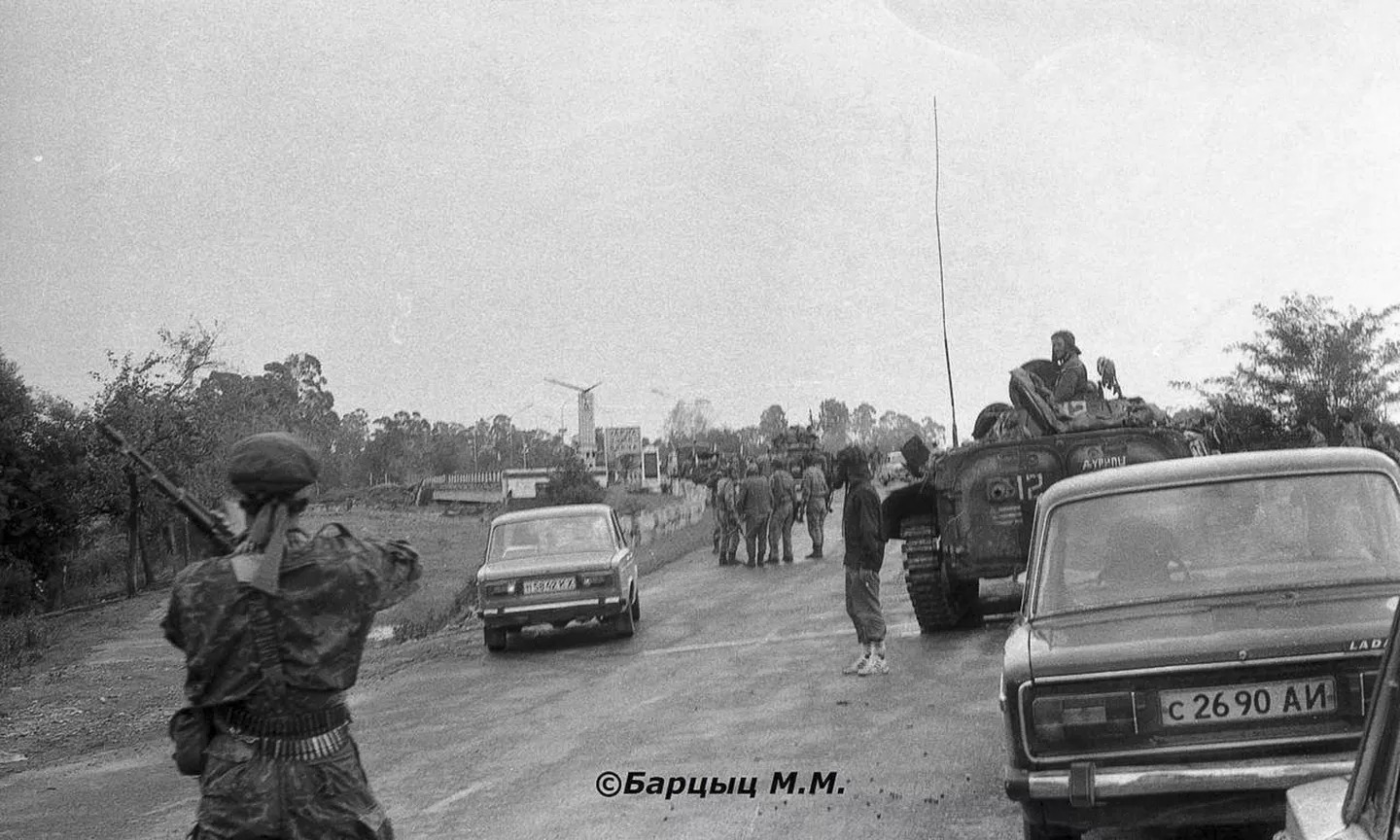 The blockade of the Tqwarchal and Ochamchira regions, which had continued throughout the war, was lifted. 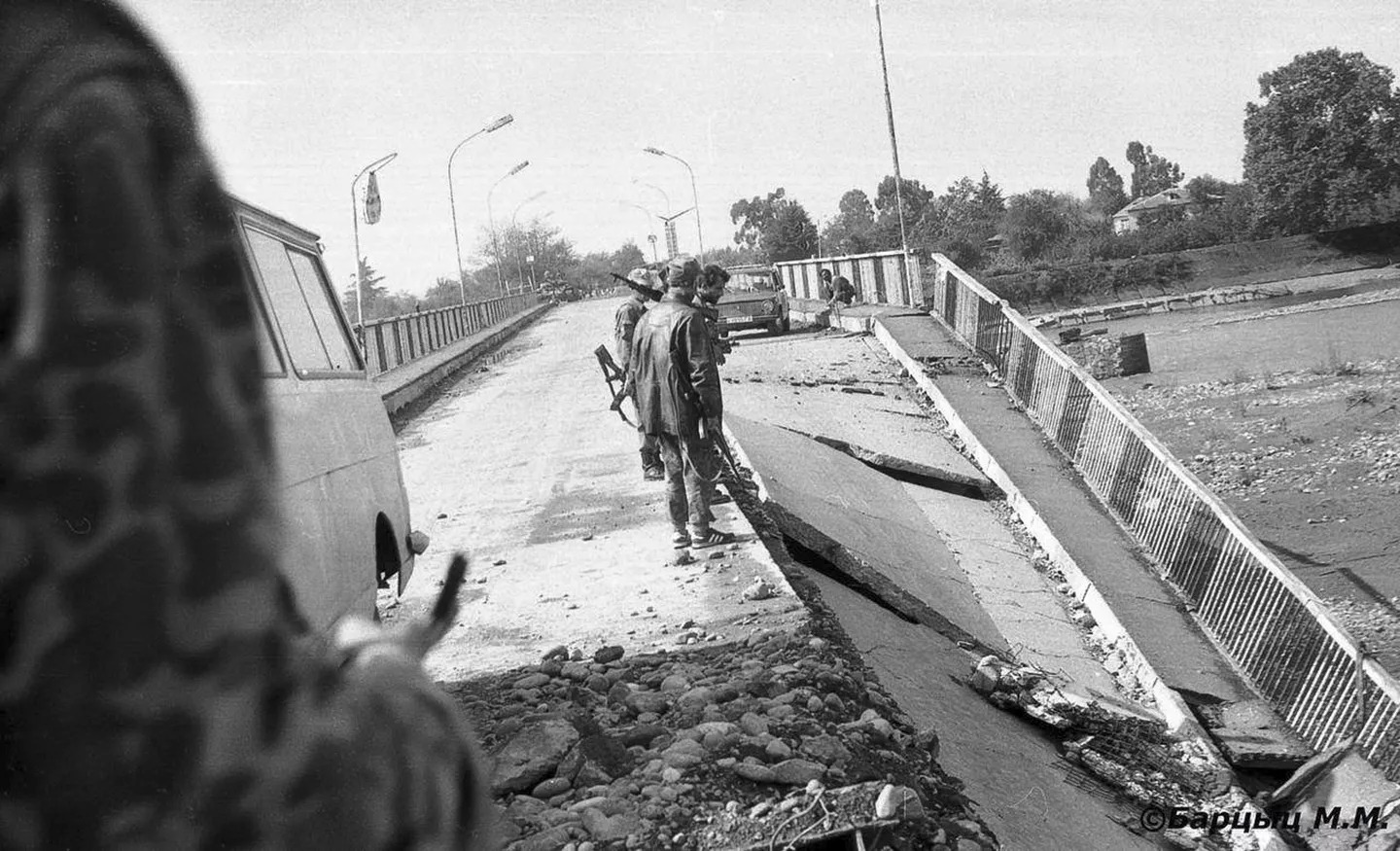 The task of the reconnaissance- and sabotage-group was not to let the enemy pass over the bridge in either direction, and also to blow up the bridge. The bridge was partially blown up. 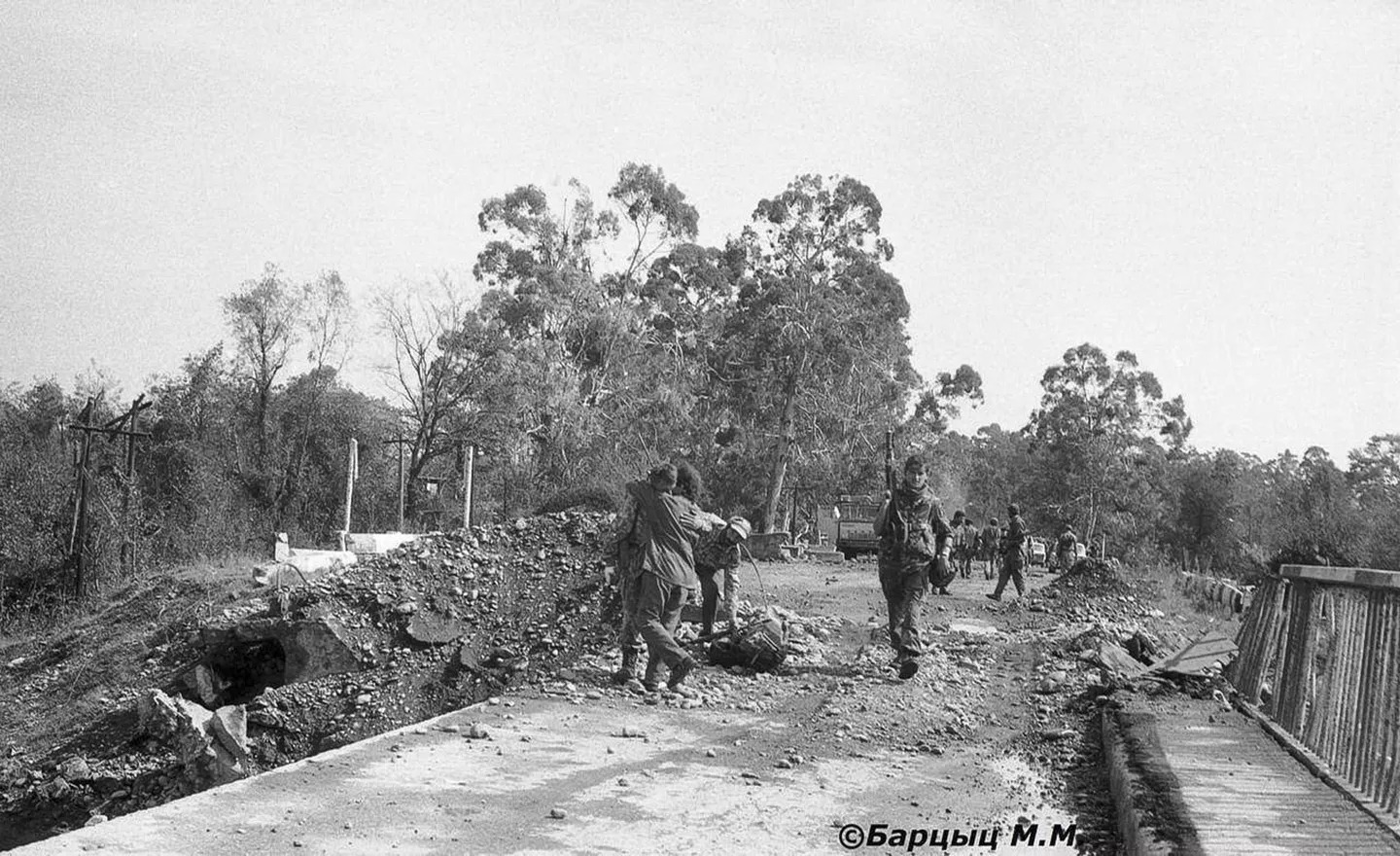 In the war against Georgia, about 3.5 thousand people from the Abkhazian side were killed, about five thousand were injured and more than two hundred people went missing. 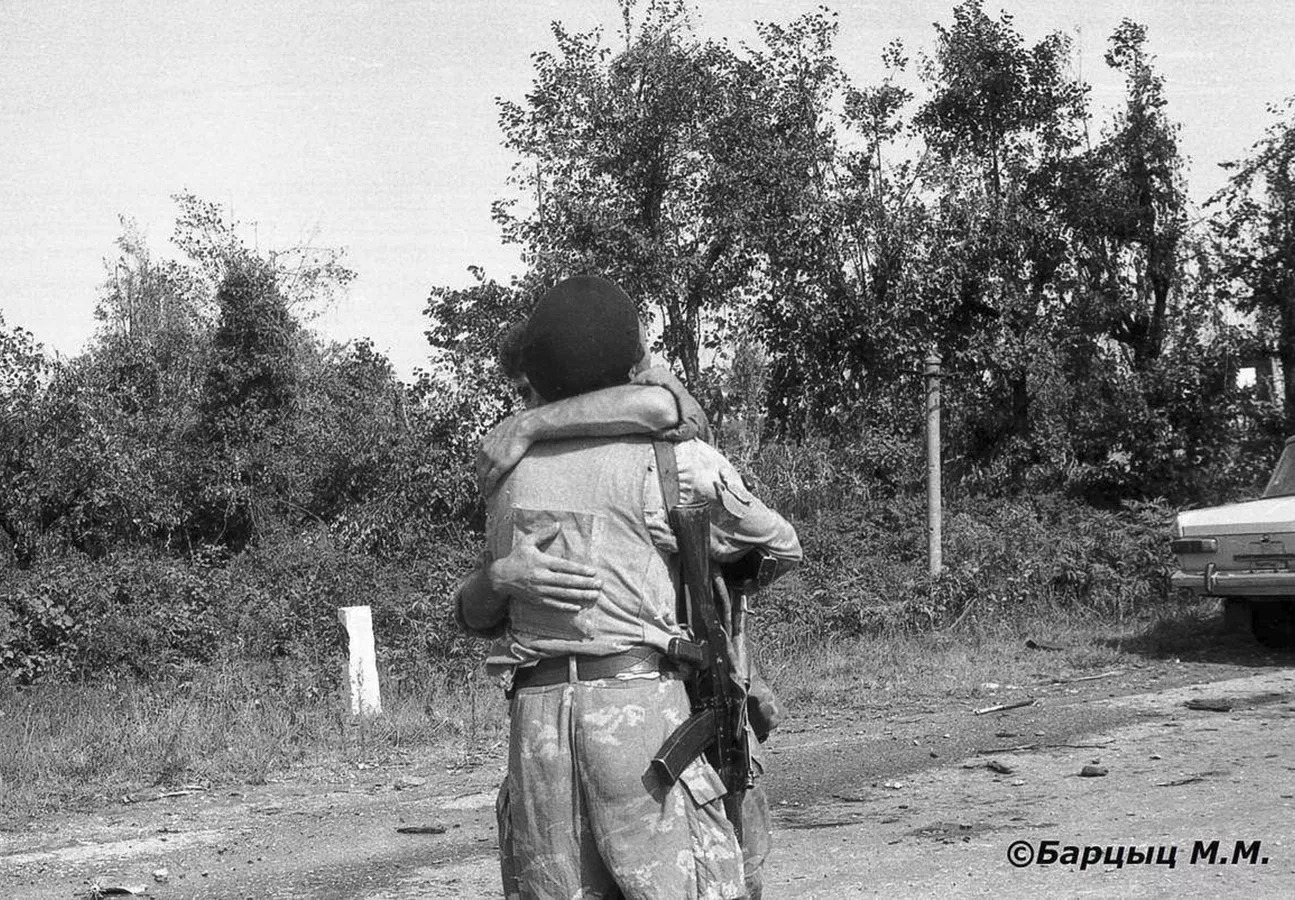 The fighters of the Abkhazian army were delighted at the meeting of the two fronts. 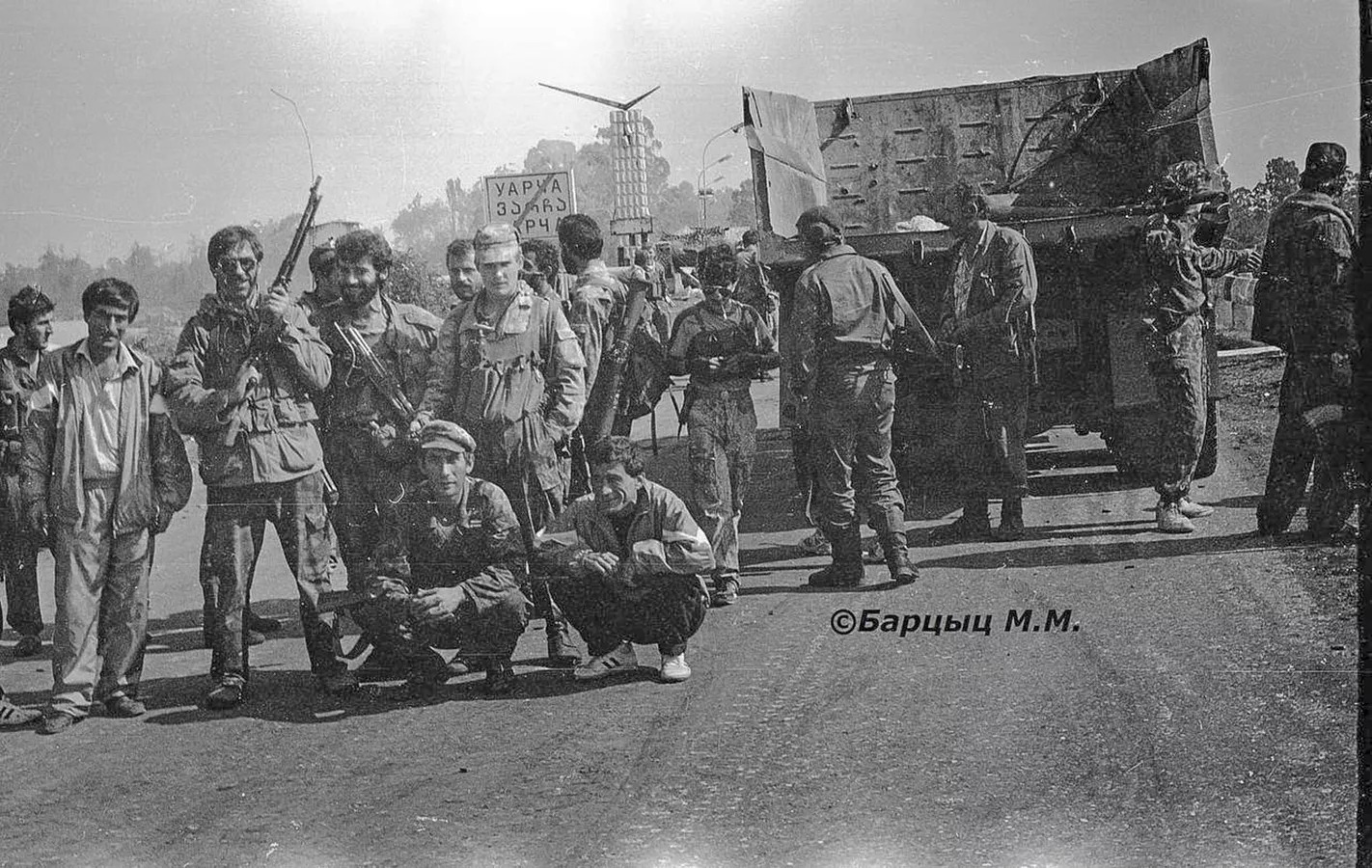 A Kamaz with fighters from Tqwarchal drove up to the bridge. From this point on, the blockade, which had lasted 13 months, was over. 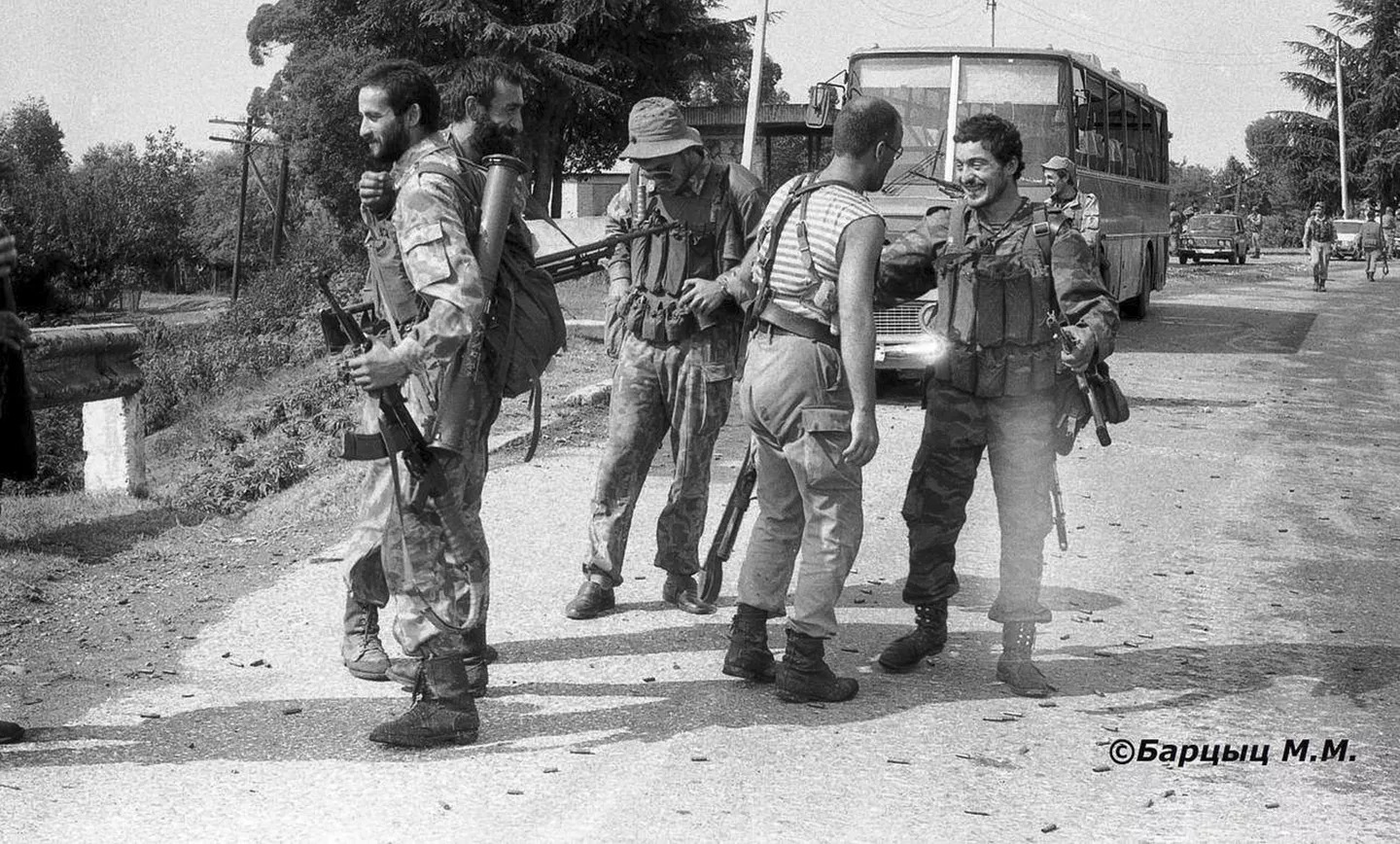 Photographer Marina Bartsyts thanks Emma Tania and the Amshra Foundation for their support in scanning the photo archive.