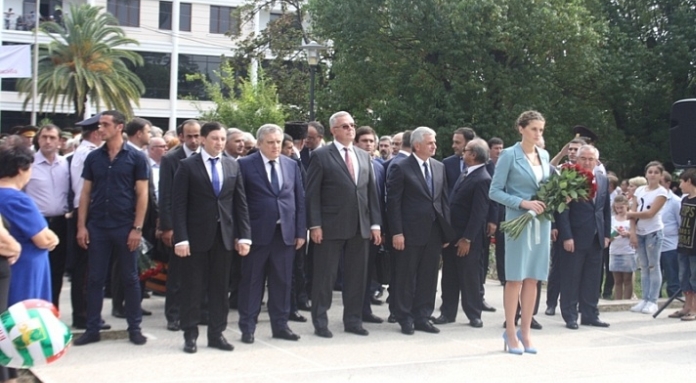 On Independence Day and the 22th anniversary of the Victory in the War of 1992 - 1993, the country's leadership and the public paid tribute to the soldiers who gave their lives on the battlefield.

A veteran of the War of Abkhazia, Commander of the Order Leon, Astamur Lasuria wished the people of Abkhazia peace and prosperity. "Victory Day and guys who gave their lives should always be remembered. I believe that our people will develop all well and this will be the best reward for their heroic deeds", - said the veteran.

A veteran of the War, Commander of the Order Leon, Lyudmila Chachba, remembering the war, said that the most difficult for her was Tamysh offensive. "When landing were killed a lot of guys from our and other groups. These guys are born once in a hundred years, they were real, selfless heroes. Each lost fighter became a tragedy for us. This pain can not be forgotten. Of course, the war was difficult, it was hard, but we have overcame it, and won a victory",- said Chachba. She wished all the people of Abkhazia, prosperity, success and peace.