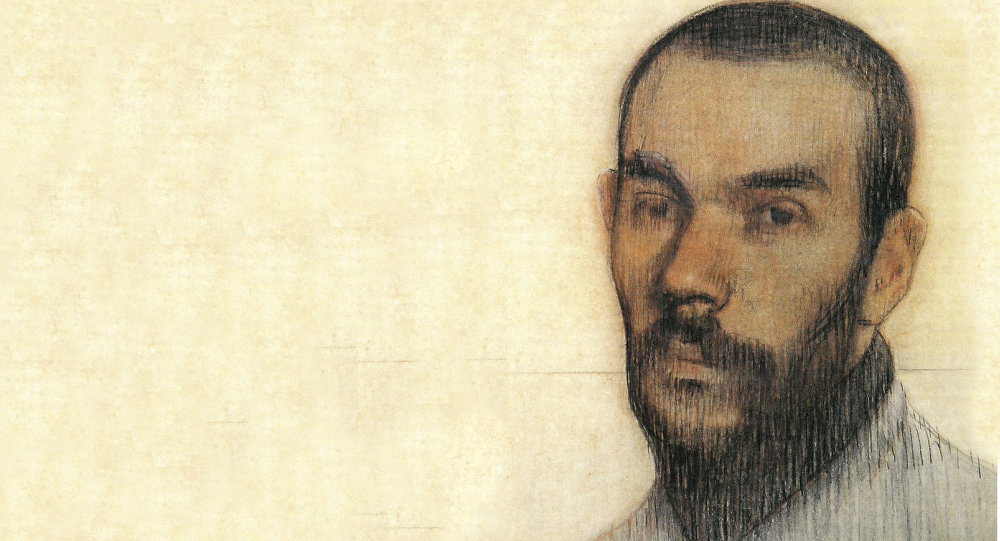 Abkhazian art has a long and interesting history absorbed the original and reflected the influence of different cultures. Given a variety of unique creations, in spite of the constantly changing, sometimes tragic circumstances in the country's history it has preserved its identity and special national tint that distinguishes it from other Caucasian artistic traditions. Among the galaxy of great masters of Abkhazia brush of particular note are the first professional artist among Abkhazians, graphic, painter, set designer, art historian and art critic, educator and social activist - Prince Alexander Chachba-Shervashidze.

Alexander Chachba-Shervashidze was a descendant of Abkhazian sovereign princes. Based on the noble traditions, it was prepared for a military career, despite the great interest in the art of Alexander still at a young age. After a short time he studies in the Nizhny Novgorod Cadet Corps, and after his father's death he was relegated in the Kiev real school, from which he graduated in 1889. At the same time Alexander took private lessons from artist Selezneva. At 24, he became a volunteer at Moscow School of Painting, Sculpture and Architecture, realizing thus his cherished dream.

In 1894 the young artist goes to Professor Fernand Cormon's school in Paris, in which had been as a student 6 years. A. Chachba met with a group of St. Petersburg artists living in Paris - V. Serov, I. Grabar, A. Benoit and others. There he swells the ranks of Russian artistic circle. Alexander creates numerous sketches and sketches for the dramatic, operatic and choreographic works during his stay in Paris. It is this genre determines his fate and becomes a matter of life. 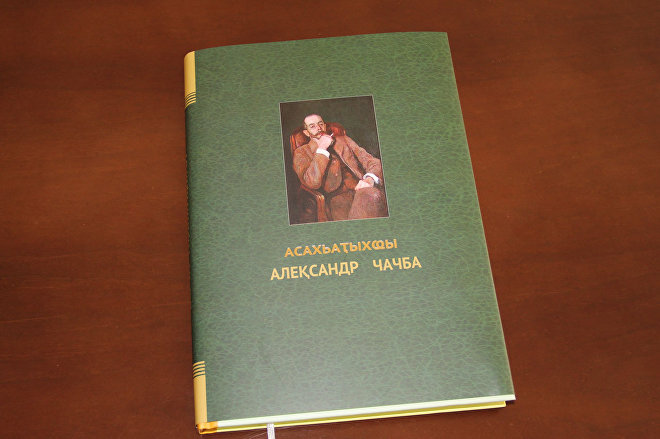 Scenery for the opera by Gounod "Faust" - his first job was created for the Mariinsky Theatre.

In 1918, the master takes part in the creation of more than forty performances. Including performances on the works of William Shakespeare's "Romeo and Juliet", "Hamlet", "Macbeth" and "Tristan and Isolde" by Richard Wagner, "The Pearl Fishers" by G. Bizet, "Khovanshchina" by Mussorgsky, "Lakme" by L. Daliba, "Pious Martha" T. Molina and others.

Alexander K. moved to Abkhazia in 1918. It deploys a wide cultural and educational activities in Sukhum, opening the children's art school, where he teaches, as well as the youth drama school at Sukhum theater society. At the invitation of Chachba as teachers work known theater figures - Evreinov N., N. Butkovskaya, Kamensky etc. In the studio the artist performs staging several performances using, including the Abkhaz folk motifs for the staging of the play "A wounded heart." In connection with the coming to power of the Mensheviks and the sharp aggravation of the political situation in Abkhazia, Alexander Chachba have to leave. At the invitation of Sergei Diaghilev he participates in the "Russian Ballet". Then his work becomes closely connected with the "Russian ballet of Diaghilev," but he also cooperates with other troupes, making out performances across Europe. Among his works are "The Triumph of Neptune" Mr. Berners (London), "La Sylphide" by Chopin, "Marriage" Gogol (Brussels), and "Swan Lake "by Tchaikovsky (Russian Academic tour by US troupe), and so on.

After Alexander studied painting graphics. Among his creations there are a lot of portraits, landscapes, genre paintings. Chachba time to prove himself as a famous critic. Articles about the problems of contemporary art published in popular magazines, such as "Apollo", "World of Art", "The Golden Fleece" and others. In his insightful articles can be studied European painting XIX-XX centuries. The artist did not lose the spiritual connection with the homeland, although he lived abroad. The costumes they created, there are elements of the Abkhazian ornament, and his sketches of scenery, many landscapes reminiscent of his native Abkhazia. Gathering in Europe rare bibliographic information about Abkhazia and the Caucasus, he created a unique archive.

In 1958, AK-Chachba Shervashidze refused to sell their work, despite the fact that he lived in poverty, and sent about 500 works in the gift of his homeland. The artist died on August 17, 1968, at the 101 year of life at the guest house for the elderly in Monaco. May 12, 1985 in Sukhum, the provision of state honors in the park near the National Museum was the reburial of the dust of the outstanding artist. Street named after him in Sukhum and Gudauta and Art School. National Bank of Abkhazia issued a commemorative silver coin dedicated to the AK-Chachba Shervashidze. On 24 December 2013, a monument was unveiled on his grave.

The master's works are kept in National Art Gallery of the State of Abkhazia, the State Russian Museum, Theatre Museum, Library Theatre (St. Petersburg) in private collections of Russia and many countries of the world.