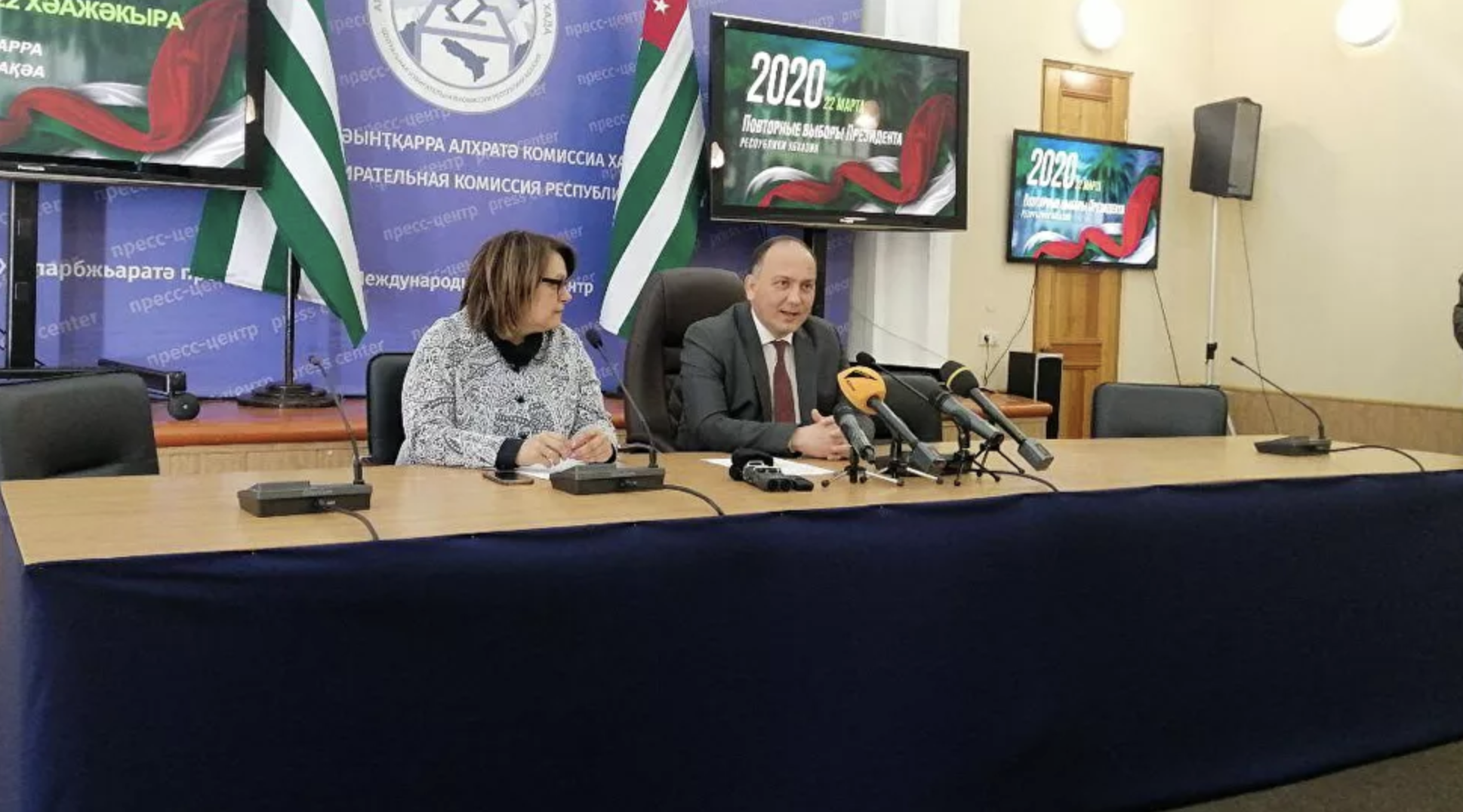 The official results of the presidential election will be announced by the Central Elections Committee no earlier than 11:00 (local time) tomorrow - on Monday March 23. #Abkhazia #Abhazya pic.twitter.com/Ctr662m9un

"I really hope that the theses that are laid down in his program will be realised in life, and we will only help him in this," Ardzinba said. Then Ardzinba went to the headquarters of Bzhania to personally congratulate the candidate.

According to preliminary estimates Aslan Bzhania has won the re-election.

Adgur Ardzinba was the first to congratulate Aslan Bzhania on his election victory and noted that Bzhania is an experienced politician. #abkhazia pic.twitter.com/arcI9wyq9X

Bzhania arrived at his headquarters, where his supporters gathered. pic.twitter.com/z9uCcjxwlR

9:40pm (local time)
Preliminary results of the vote count according to the headquarters of Bzhania

*This is preliminary data that could change significantly during the calculations. pic.twitter.com/6cecfA3hn9

Voting for the presidential elections in Abkhazia is complete. Polling stations were closed at 20:00. According to the Central Election Commission, at 6:00 p.m., 58.85% of voters - more than 77,000 people voted throughout #Abkhazia. pic.twitter.com/kuIspyWzhc

The turnout by 6 pm in the districts is as follows:

The Ministry of Internal Affairs has not recorded any violations at the polling stations.

“We have long deserved a new #Abkhazia and have been waiting for it for a long time. I think the transformations that the entire Abkhaz people are waiting for will begin tomorrow,” he said. pic.twitter.com/AQnUIw375T

Veteran of the Patriotic War (1992-1993) , a volunteer from #Chechnya and hero of #Abkhazia, Alkhazur Suleymanov, voted in Gagra.

“We fought, shed blood for this land not for the people to split up. After the election, congratulate the winner and live happily,” he said. pic.twitter.com/WkDLWdLQnP

The presidential candidate Aslan Bzhania voted in his native village of Tamysh, in a local school.

“This place is sacred for me, I was born in this village. The teaching staff raised me, so today is a good day,” Bzhania said. #abkhazia #abkhaziaelections pic.twitter.com/PjsIa4hMcS

Presidential elections have started in #Abkhazia.

At 8:00, all polling stations in Abkhazia opened. More than 127 thousand people were included in the electoral rolls. Adgur Ardzinba, Aslan Bzhania, Leonid Dzapshba are all running for the post of the President of Abkhazia. pic.twitter.com/0E5aWjNPTo