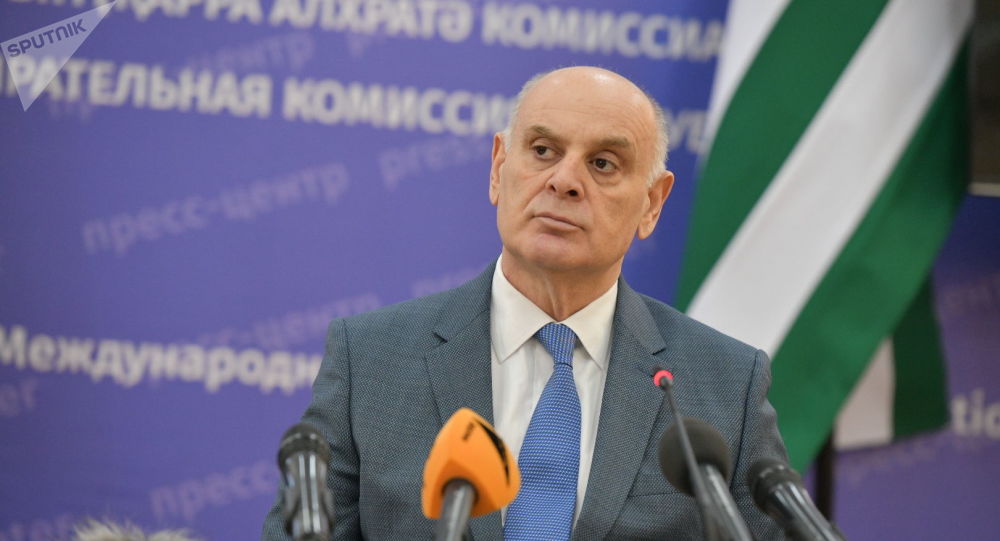 Dieter Boden | Special to Abkhaz World
Former Special Representative of the UN Secretary General for the settlement of the Georgian-Abkhazian conflict.

Abkhazia has a new president. From the repeat-elections held on 22 March 2020 Aslan Bzhania came out as the winner, gaining 56.5 % of the votes. The elections had become necessary due to unrest which broke out in the Abkhaz capital Sukhum in January after the Supreme Court had declared the previous presidential elections from September 2019 illegal. As a consequence, Raoul Khadzhimba, who had enthroned himself as „President re-elect“, had to resign. The day after his victory Bzhania appointed former President Ankvab as Chief of a new Government, which still has to be formed. Both had cooperated closely when Bzhania worked in Ankvab‘s team as head of the Abkhazian Intelligence Service from 2010 to 2014.

That Bzhania won the election-contest came as a surprise to nobody. Very obviously he was considered the most competent in a field of candidates which was otherwise hardly impressive. He had successfully used the time prior to his candidacy to sharpen his political profile as Khadzhimba‘s main opponent. There had been attempts to eliminate him from the race by poison, which he barely survived.

Among the first to congratulate Bzhania was President Putin, who expressed his good wishes for a close cooperation. This was not a matter that could have been taken for granted, since Russia had been somewhat hesitant to promote Bzhania‘s ambitions. Finally, Moscow accepted the realities in the Abkhazian electorate as they presented themselves. On the other hand, Bzhania could not ignore the very special situation prevailing in the relations between Abkhazia and Russia. The hallmark is the ethno-political conflict with Georgia, which has remained unresolved for almost 30 years. Ever since then, Abkhazia has existed with the status of a self-proclaimed state, un-recognised by the overwhelming majority of the international community, with Russia as its only ally, guarantor of its security and indispensable deliverer of economic and financial assistance. The basis for this is the bilateral „Treaty of Alliance and Strategic Partnership“ of 24.11.2014, which is stigmatised by Georgia as „a step towards Russia‘s de facto annexation of Abkhazia“.

Where, under such preliminaries, might Bzhania‘s chances be for a space for political manoeuvring?

In an interview which the newly elected President gave to RIA Novosti on 23 March he outlined some of his ideas and concepts. His language showed a new tonality, characterised by pragmatism and a lack of ideology. Bzhania admits that the legacy he has inherited from Khadzhimba causes him deep concern. Worst of all in his view is the degree of confidence he found among the Abkhazian population in the work of state-institutions, which he assessed as „catastrophically low“. There was no transparency and a deficit of professionalism – in sum, a grave burden for him in his new office. Any reform effort in the country would have to start from this point.

His remarks concerning cooperation with Russia were, though carefully worded, not without criticism: a fair number of the provisions in the 2014 Treaty had still to be implemented. In this regard, a serious effort would really be needed.

But it is the relation with Georgia which Bzhania identified as the key-issue. Here, too, he uses a language which is free from polemics. He deplores a lack of flexibility on behalf of Tbilisi to depart from the policy of non-recognition. At the same time, he strikes a note of understanding: „We are neighbours, whether we like it or not.“ And he mentions a couple of issues where direct contacts between the two neighbours would be helpful: criminal acts across the borders; medical care; and everyday problems regarding the INGURGES energy-plant that serves the population on both sides of the border. For the solution of pertinent problems the international Geneva conference-forum mandated to deal with the big political isses was too far away. A dialogue should be facilitated across the border for which adequate formats should be created.

It remains to be seen to what extent this initiative for a bilateral dialogue with Georgia can be put into practice. Bzhania had aired the idea already in an election-campaign statement earlier in March. The question arises: had it been coordinated with Russia? The Abkhazian-Russian Treaty of 2014 obliges the Abkhazian side to coordinate any initiative in the field of foreign policy with Russia. Bzhania had been on an informal visit to Moscow a few days before the elections where he saw, in his own words, „high-ranking officials“, but nothing has been disclosed regarding their identity.

Bzhania‘s election may give rise to certain expectations for fresh movement in the stalled relations between Abkhazia and Georgia. There is nothing to indicate that Russia will lose her interest in Abkhazia‘s strategic value, which means basically control over 200 km of the Black Sea coast. But at a period of time where resources are scarce, Russia must be interested in achieving this aim at the lowest cost possible. It is in this context that lowering of tensions between Abkhazia and Georgia, linked with a certain amount of cross-border cooperation, could make sense. Obviously, this would also be to the benefit of those people living on both sides of the (administrative) border.

Will Georgia be willing to take up Bzhania‘s ideas? Will it be ready for greater flexibility, for example with regard to the „Law on Occupied Territories“, which Abkhazia considers as being particularly discriminatory? The door is open for any reactions. But it is also the EU which should feel challenged in its policy of „engagement, but non-recognition“, which it has pursued for a couple of years now without any sweeping success. Maybe here a chance is opening up for new efforts....